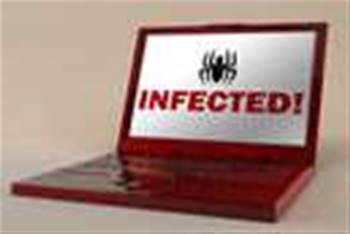 Botnets will hide within files rather than coming through nasty downloads.

The way botnets attack our computers is set to change in 2011, with the malicious programs hiding within files.

Whilst botnets traditionally come in the form of downloads which sneak onto users’ machines by exploiting vulnerabilities, Symantec has claimed next year will see them integrated into files passed over file sharing sites or social networks, making them harder to detect.

The company’s MessageLabs Intelligence 2010 security report claimed there were between 3.5 and 5.4 million botnets creeping around the globe last year, with Rustock, Grum and Cutwail taking the top spots as the largest threats.

Rustock sent out more than 44 billion spam emails per day, more than double compared to last year, and controlled over one million machines. The figure of 95 percent of spam emails coming from botnets was thanks to Rostock, the report claimed.

"With successful and resilient botnet operations established in prior years, the cyber criminals experimented with many tactics to keep spam campaigns active and fresh this year," said Paul Wood, MessageLabs Intelligence senior analyst.

"From leveraging newsworthy events like the FIFA World Cup to taking advantage of the widespread popularity of URL shortening services and social networks, the spammers deployed a variety of tricks to bypass spam filters and lure potential victims."

Businesses must be just as wary as consumers with the threats we face, claimed the company, as targeted attacks on companies of all sizes were becoming more prevalent.

"With the rise of targeted attacks comes variations in the execution and attack complexity," Wood said.

"Typically, between 200 and 300 organisations are targeted each month but the industry sector varies and high seniority job roles are most frequently targeted yet often by way of a general or assistant's mailbox.”

“While five years ago large and well-known organisations were often targeted, today the scope of targeted organisations has expanded and now no organisation is safe from attack,” he added.

Got a news tip for our journalists? Share it with us anonymously here.
Copyright © ITPro, Dennis Publishing
Tags:
20118216hidebotnetsinplainsecuritytoview8217