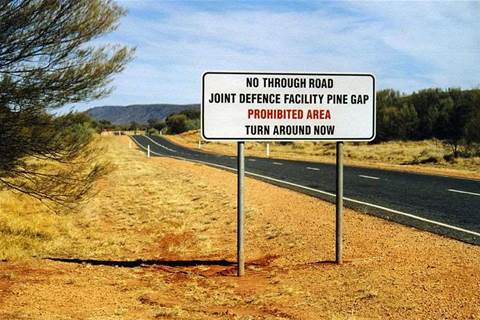 Pine Gap operations and maintenance contract up for renewal.

Boeing Defence Australia has revealed it is bidding to regain an operations contract for the Pine Gap satellite intelligence facility near Alice Springs that it lost to rival Raytheon almost seven years ago.

The firm has called for "expressions of interest" for a range of operational and maintenance positions at the Joint Defence Facility Pine Gap, including for an IT manager.

"The Boeing Company is currently submitting a tender response to the US Government for contract renewal at the Joint Defence Facility - Pine Gap, Alice Springs," it noted in a job advertisement on Monday.

Boeing held the operations and maintenance contract at Pine Gap for 30 years until it lost the contract to Raytheon Australia in August 2005.

It appeared at least some of the approximately 250 civilian staff employed by Boeing at the time had shifted across to Raytheon when the contract changed hands.

A Boeing Defence Australia spokeswoman told SC Magazine that the contract up for renewal "is indeed a contract Boeing previously held but was not successful in winning in 2005."

A Raytheon Australia spokesman declined to confirm or deny the status of the contract or whether it has tendered to keep the work.

"Raytheon Australia is not in a position to comment on activities at the Joint Defence Facility, Pine Gap," a spokesman told SC Magazine.

However, Raytheon Australia notes in various jobs listed on its careers website that it currently holds contracts for engineering, operations and maintenance support at Pine Gap. It is recruiting for at least 14 roles there at the time of publication.

The Australian and US governments signed the original Pine Gap treaty in December 1966. Operations at the site began in 1970.

A 1998 revision of the treaty [pdf] saw it extended for at minimum another decade. The 1998 agreement states it will "remain ... in force until terminated".

Australia's own Department of Defence describes Pine Gap as a "unique place to work" in recent job advertisements.

"In cooperation between Australia and the United States, Pine Gap collects intelligence that contributes to Government priorities such as monitoring military developments and compliance with international arms control agreements," the defence department stated.