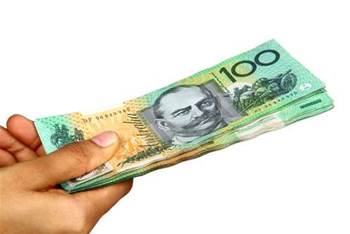 Joins Dell in bid to expand.

Business software maker BMC Software Inc, whose anemic growth has been a source of frustration for its largest shareholder, said it would be taken private by a group led by Bain Capital and Golden Gate Capital for about US$6.9 billion.

Elliott Management, which owns 9.6 percent of BMC and had been pushing for a sale for more than a year, had argued that BMC's management was neglecting the huge opportunity to expand into the fast-growing cloud computing market.

"Going private will be very positive for them because it will enable them to make the changes that were necessary, that were much difficult when you are a public company," Lazard Capital Markets analyst Joel Fishbein said.

BMC has some catching up to do in a market now dominated by Salesforce.com Inc and where Oracle Corp, SAP AG and Microsoft Corp are investing heavily.

BMC's revenue is expected to have grown just 3 percent in the year ended March 31 to US$2.23 billion, after growth of just 5 percent the previous year. BMC reports fourth-quarter results on Tuesday.

In BMC, private equity saw a company with stable cash flows and a lot of potential to leverage. The company has net debt of just $151 million, according to Thomson Reuters data.

The hedge fund firm, founded by the billionaire Singer in 1977, had also criticized BMC's "ineffective" merger and acquisition strategy, arguing the company took too long to make acquisitions and paid too much.

Elliott will make about a 20 percent return on its initial investments in BMC. It first bought shares of the company in early 2012 in the high $30s, and started agitating for a sale of the company in May of that year.

The stock has risen 4.5 percent since March 21, when Reuters reported that private equity groups were looking to buy the company.

BMC has two main divisions. The enterprise services management business manages networks, databases and storage and brings in nearly two-thirds of total revenue, but has stagnated over the years.

The mainframe services management unit, which helps automate data center operations, has grown slowly but is a cash cow that could help the new owners maximize profits.

"I think they will streamline the business, focus on the higher growth areas, either divest or spin off some of the unproductive businesses," Fishbein said, adding that he expects it will take 12-18 months to "right-size" the business.

Under the sale agreement, Houston-based BMC has a "go-shop" provision that allows it to seek alternative proposals within 30 days. Analysts said it was unlikely BMC would get better offers.

BMC, which also competes with CA Inc and Compuware Corp, said the deal is expected to close later this year. Credit Suisse, RBC Capital Markets and Barclays have agreed to provide debt financing for the deal.