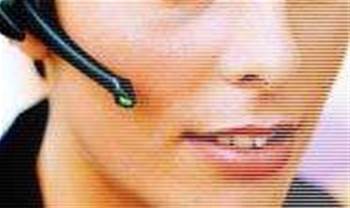 In-Stat notes that the technology is currently doing well, but faces tougher
times ahead. Short range Bluetooth wireless networking technology is enjoying a wave of popularity and will have continued success in 2007, market analysts predict.

Led by its increasing penetration into mobile phones, In-Stat notes that Bluetooth is currently selling well.

However, the analyst firm cautions that market growth for the technology is beginning to slow, and it will see "some complications" arising from integration trends and new Bluetooth standards hitting the market.

"The Bluetooth silicon market is beginning to see some consolidation, as larger silicon vendors add new capabilities, such as Wi-Fi and GPS, to their chip portfolios, either by internal development or acquisition," said Brian O’Rourke, In-Stat analyst.

"The goal is to create combined radio silicon that is being demanded by mobile phone vendors."
Recent research by In-Stat predicts that growth of Bluetooth devices will increase by 34 percent in 2007, slowing from the recent past.

According to the report, Bluetooth 2007: Silicon Integration and New Standards Complicate the Worldwide Market, wireless chip companies are seeking to offer integrated radio chips with Bluetooth, Wi-Fi, GPS, and FM.

The study predicts that new low power and high data rate Bluetooth standards will emerge over the next two years.

According to recently conducted In-Stat surveys, France, Germany and the UK have the highest percentages of those extremely or very familiar with Bluetooth. Korea and Japan had the lowest percentages, while the US was in the middle.
Got a news tip for our journalists? Share it with us anonymously here.
Copyright ©v3.co.uk
Tags:
bluetoothmarketnetworkingslowdownsufferto