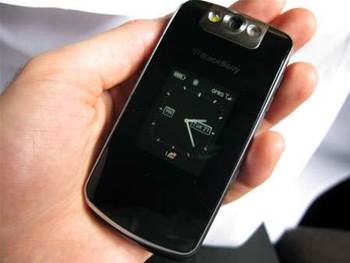 BlackBerry sales could get a boost from the results of security tests carried out on the mobile email system by a leading research institute.

BlackBerry maker Research In Motion (RIM) said that the Fraunhofer Institute for Secure Information Technology has issued a security certification for the BlackBerry Enterprise Solution for Microsoft Exchange.

Certification confirms that the Fraunhofer Institute found no hidden functionality or back doors in the software, and that neither RIM nor any other third party has access to data stored within the system.

However, the tests do not imply that the BlackBerry is completely secure, simply that the Fraunhofer Institute researchers were unable to find any weaknesses.

"Security evaluation is largely about negatives, but if you look hard and can't find any vulnerabilities, that's a good thing," said Ovum principal analyst Graham Titterington.

Fraunhofer Institute director Dr Claudia Eckert said in a statement: "With the approved secure key establishment and key exchange protocols in the BlackBerry architecture, the confidentiality and integrity of pushed content is provided and cannot be intercepted by any party inside the communication channel."

Titterington added that the BlackBerry already has a pretty good security reputation, but that the certification might help RIM to hold onto customers if it comes under greater pressure from rivals in the enterprise mobility market.

The tests scrutinised security in three separate areas: communications between the BlackBerry Enterprise Server (BES), BlackBerry smartphone and BlackBerry Infrastructure; communications within the BES itself; and the Blackberry device and its interface to the internet.

The reference configuration consisted of the BES for Microsoft Exchange v4.1.6, used in conjunction with a BlackBerry Pearl 8110 smartphone. Other versions of the BES connect to Lotus Domino/Notes or Novell GroupWise servers.
Got a news tip for our journalists? Share it with us anonymously here.
Copyright ©v3.co.uk
Tags:
besblackberryenterprisefraunhoferinstitutesecurity