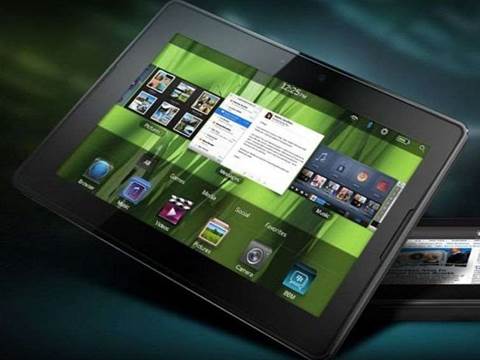 RIM confirms plans to use Android apps on PlayBook tablet.

The BlackBerry PlayBook tablet will run Android apps, Research in Motion has confirmed.

The lack of apps for the device has been seen as a major weak spot for the BlackBerry PlayBook, which runs on the QNX platform, thus rendering apps designed for BlackBerry smartphones incompatible.

To counter that, RIM has created players for BlackBerry Java apps as well as Android apps - opening up access to hundreds of thousands of games and other software.

The apps won't be access via the Android Market. Instead, developers will have to submit their applications to the BlackBerry App World. The apps will run inside dedicated, sandboxed players.

RIM also unveiled its native software development kit for the PlayBook, to let developers create apps that run directly on the tablet.

The dev kit will hit beta by this summer, RIM said, adding it supports C/C++ development as well as HTML5, Flash and AIR.

RIM announced its financial results, saying net profit jumped 32% for the quarter. However, its forecast for the year was gloomier, as RIM said it would see tighter profit margins as it spends heavily ahead of the launch of the PlayBook.

RIM CEO Jim Balsillie said the firm expects to ship "millions" of the device in the coming year, and would release QNX smartphones by early next year.

Got a news tip for our journalists? Share it with us anonymously here.
Copyright © Alphr, Dennis Publishing
Tags:
android apps blackberry playbook run software to