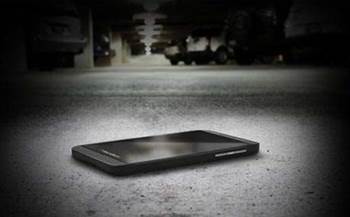 BlackBerry reported a quarterly loss of nearly US$1 billion (AU$1.03 billion) on Friday, in line with a warning it gave last week, just days after the smartphone maker accepted its largest shareholder's tentative US$4.7 billion bid to take it private.

The report showed BlackBerry turned in a particularly limp performance in Latin America, a region it recently touted as a enthusiastic supporter of its devices.

The company, which warned on September 20 that the poor results were coming, said its net loss for the second quarter, ended on August 31, was $US1 billion, or US$1.84 a share.

Revenue fell 45 percent from a year earlier to US$1.6 billion, and BlackBerry's cash pile - made up of cash and equivalents, short and long-term investments - fell by more than US$500 million to US$2.57 billion.

Its shares were little changed by early afternoon. Investors absorbed the shock of the drastic revenue decline last Friday, when a pre-announcement about the dismal results slashed 17 percent from the Canadian company's market value.

The loss included a writedown of about US$934 million for unsold Z10 phones, a touchscreen model that the company had hoped would reverse its fading fortunes. The phone has sold badly with businesses and consumers alike.

"This write-off is very real," said Morningstar analyst Brian Colello. "They bought a lot of inventory hoping to sell it. The auditors were not convinced that BlackBerry can sell it or sell it at prices that the company was hoping for. We see no reason to be more optimistic than them."

The sharpest decline in BlackBerry's sales came in Latin America. After four quarters of revenues of around half a billion dollars in that region, sales sank to $196 million. In previous quarters BlackBerry had said Venezuela was a strong market. The company does not provide sales data beyond the regional view.

Excluding the Z10 writedown and restructuring costs, BlackBerry reported a loss of US$248 million, or 47 cents a share. It gave no forecasts for its current quarter.

BlackBerry plans to shed 4,500 jobs, or more than one-third of its workforce, as it shrinks to focus on corporate and government customers. It did not host the typical post-results call for investors after signing a tentative $9-a-share agreement to be acquired and taken private by a consortium led by Fairfax Financial, its largest shareholder, on Monday.

The company's steep revenue decline and mounting losses have revived fears that BlackBerry, a pioneer in the smartphone sector, faces an ignominious death.

"We are very disappointed with our operational and financial results this quarter and have announced a series of major changes to address the competitive hardware environment and our cost structure," chief executive Thorsten Heins said in the earnings statement.

BlackBerry said Heins was not available for an interview.

The company said it had sold 5.9 million mostly older-model phones in the quarter but only recognized revenue from 3.7 million, given that many sales had already been booked. By contrast, Apple Inc sold 9 million of its new iPhone 5c and 5s models in the three days after it was launched.

BlackBerry, which in June said subscriber numbers fell to 72 million from 76 million in the previous quarter, did not update the number this quarter. It has said the figures do not capture all BlackBerry users.

Shares of BlackBerry were up 1.6 percent at US$8.08 at midday on Friday. The stock remains below Fairfax's US$9 bid price, indicating doubt that the deal will be completed or a rival offer emerge.

BlackBerry said last week it would no longer market its devices to consumers, instead focusing on the professional users that brought it its first success and won the little devices the moniker "Crackberry" for their addictive nature.

That retreat from the consumer market has already had an impact. Telecom operator T-Mobile said it would no longer stock the devices in its stores, instead shipping them to anyone who came in to order a BlackBerry.

Sprint, one of T-Mobile's larger rivals, said it will take a "wait-and-see" approach.

One of BlackBerry's main contract manufacturers, Jabil Circuit Inc, said it probably would part ways with the company, its second-largest customer.