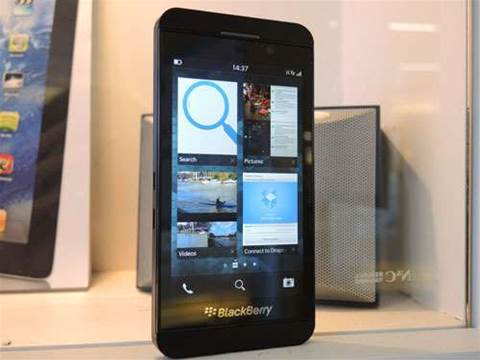 According to German-language publication AreaMobile, government ministers and federal civil servants will get 10,000 new devices, half of which will be the new Blackberry Z10 with Secusmart's Secusuite security solution installed.

By using the Blackberry Balance feature, Secusuite separates the Z10 into a personal area and a business or work one, with AES encrypted voice and data communications as well as storage.

Samsung's Galaxy S2 and S3 handsets form the other half of the contract. The devices will be secured with Deutsche Telekom subsidiary T-Systems' Simko 3 system.

Areamobile said that until the Z10, Blackberry had no devices approved by the German Bundesamt für Sicherheit in der Informationstechnik (Federal Office for Information Security) due to the Canadian vendor storing and managing all data on servers in the United Kingdom and therefore, potentially putting them in risk of foreign intelligence agency eavesdropping.

With the Z10, decentralised networks can be used for data storage and management.

Blackberry saw several government agencies around the world dump its outdated devices last year in favour of competitor's smartphones and it remains to be seen if the Z10 can reverse the trend.