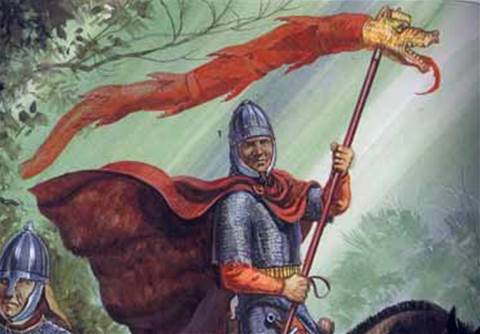 BitDefender wants its security systems to be quiet so it seems an odd fit that it would brand its products with the wolf-dragon ensign once used by the Dracian army to terrify enemies.

But the Dacian Draco, steeped in Romanian lore, was a symbol of protection and perspicacity and one the company was keen to associate with. It went as far to delay the release of its 2012 products by five months to facilitate the Dracian redesign.

The Draco also polished the patriotic image of BitDefender. The distinctly Romanian company faced intense competition for talent from anti-virus giants like Symantec, McAfee and Kaspersky, and had used its nationalistic image to attract new blood from the country’s technical universities into its 550-strong local security research team.

BitDefender, one of the largest companies in Romania, was keen to fund security projects under development in local universities. Its head of threat labs, Catalin Cosoi, said it had recently sponsored a series of cryptography projects run by a team of phD students in the University of Bucharest.

Of those, one examines how cryptography can be used in Google Docs, which Cosoi said may be a forerunner to strong cloud-based encryption, and another is investigating encryption of phone calls from Android handsets.

“These are young intelligent people and we need to pay attention to them,” Cosoi said. “We want them to work for us.”

Years back, BitDefender’s software was noisy and complicated. Users, many of whom already considered security systems a pain, had some 20 questions on their technical proficiency to answer before its anti-virus suite would even install.

“Everyone was an expert,” Cosoi said. “So we dropped it.” The 2012 suite is now a four-step process.

Its firewalls and anti– virus and spam engines were also noisy, and generated notifications for the smallest incidents.

Both the enterprise and consumer systems had been re-engineered. The enterprise system, to be released in around two months, would provide more features to administrators including the ability to shut off services like Facebook from certain users, and support for BYO devices including Apple iPhones and iPads. The consumer product launched in Australia tomorrow was designed to make automatic anti-virus and firewall permission decisions for users based on statistical intelligence.

“We call it auto-pilot, or silent security”, Cosoi said.

The redesign was nine months in the making, including what lead software engineer Adrian Lupei said was some painful code analysis and testing.