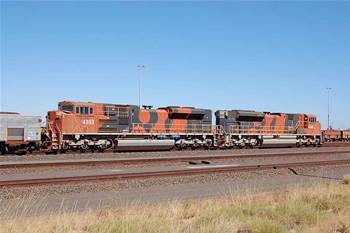 Mining giant BHP cut 35 percent of its Technology workforce under a major restructure that started in late February.

The “realignment”, as BHP called it at the time, was designed to “more closely align [Technology] with BHP’s asset-based structure”, essentially decentralising the function.

The possibility of cuts to the previously 2000-strong Technology function had been first flagged over a year ago, and was re-affirmed in an article in The Australian back in February.

“We have significantly refocused and restructured our Technology effort, accelerating impact at the same time as reducing cost by 30 percent,” CEO Mike Henry said in a pre-recorded results announcement today.

The Australian also pointed to plans to use more data analytics in BHP’s operations, and the company indicated in its FY20 results that this is underway.

BHP said [pdf] it had launched its first “digital centre” focused on advanced analytics, machine learning and decision automation in its coal operations.

It said that “three more [are] planned for major assets by [the] end of calendar year 2021.” 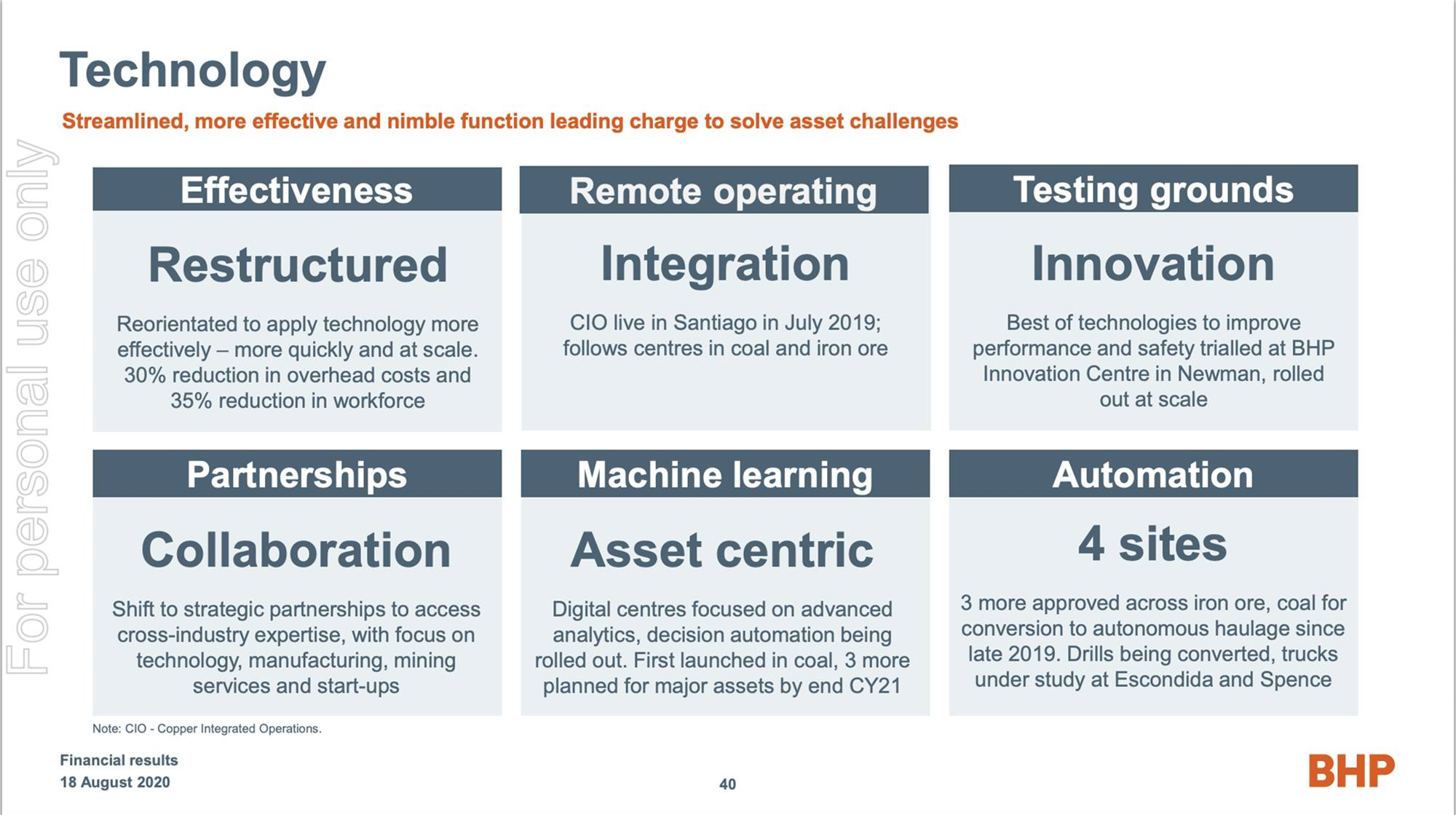 The miner also flagged a renewed focus on mine site automation, as well as increased use of technologies to improve performance and safety.

Though BHP said late last year its reliance on technology would increase, the company did not see big technology projects as a major driver of future transformation.