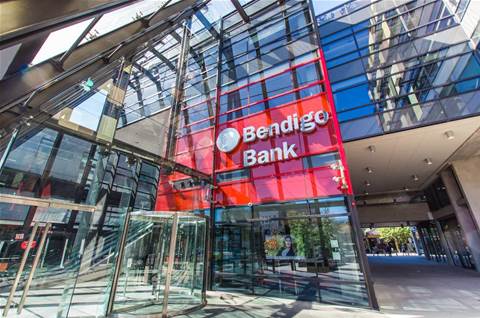 Plans Google Cloud migration after success at neobank Up.

Chief information officer Andrew Cresp revealed the planned migration as the bank continues to modernise and consolidate applications as part of its push into the public cloud.

“We’re looking to expand [Google Cloud] for the rest our internet banking capabilities across Bendigo and Adelaide,” he said, coinciding with the launch of Google Cloud's Melbourne region.

Cresp said the bank is looking to adopt Google Cloud as the platform had provided Up with “high availability” and the “ability to move quickly” over three years.

Up – which has now amassed more than 400,000 customers – was launched in 2018 as a collaboration between Bendigo and Adelaide Bank and fintech Ferocia.

Last year, Bendigo and Adelaide Bank revealed it was using Up partially as a testbed for digital technologies and functions that may have broader application within the group.

“At the moment the Up digital engagement layer is actually hosted on Google Cloud whereas the Bendigo internet banking is not,” Cresp told iTnews.

“Now, our plan over the next six to 12 months is to migrate our Bendigo and Adelaide internet banking capability to Google Cloud and take the learnings from the Up team.”

Cresp said that while Bendigo and Adelaide Bank had “very different customer segments and target markets” to Up, with the latter used largely by millenials, there were advantages to extending Google Cloud across the group for internet banking.

“We’ve been really pleased with the way the Up team have been able to make things easy for their customers, and even with different demographics, if it’s easy we should be reusing and exploiting that,” he said.

Cresp added that the bank is also looking to use native data analytics capabilities in Google Cloud to “fast track [its] transformation from an information and analytics perspective”.

Plans to scale up the use of Google Cloud comes amid a wider transformation of the bank's IT estate, which will see it cull 12 percent of its app stack to reduce costs, and follows a $52 million investment in technology last year.

“We really wanted to consolidate to cloud, take the opportunity to refactor the applications, API-enable them and then reduce the number of applications that we've got in the environment,” Cresp said.

In November 2020, the bank migrated 30 non-critical workloads to Amazon Web Services in 30 days – a project that was accelerated by the pandemic.