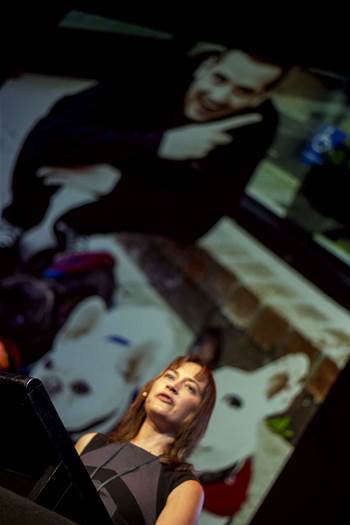 "There's not many places you can find hacker-themed thrash metal, but that's one of them". And Kiwicon did in the form of local metallers Red Dawn who opened the seventh annual conference in front of a crowd which understood their lyrics about nmap and shells.

Right after the metallers led by frontman and local hacker Ed Hintz, Amberleigh Jack, sister of late hacker Barnaby, took to the stage together with friend Mark Dowd to pay tribute to her brother.

Kiwicon crue flew Amberleigh and her mother from Auckland to pay tribute to Kiwi expat Barnaby and meet the local hackers who he counted as mates.