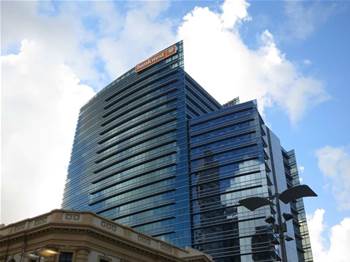 Bankwest is under a month away from starting to move its 4000+ staff off Windows XP and onto a new standard operating environment based on Windows 8.

The project is one of the first Windows 8 migrations in Australia to be undertaken at scale and shoots the Perth-based bank well ahead of larger rivals.

Bankwest has run a pilot program for Windows 8 over several months, with around 80 staff connecting into a new SOE from their existing fleet of Dell laptops and 20 on a virtual desktop pilot.

The primary driver for the OS upgrade was risk mitigation - Microsoft will no longer support the XP operating system from 2014. But the pilot has uncovered some additional improvements - notably faster boot-up times and lower licensing costs for third-party solutions now replaced by functions that come standard with Microsoft’s new operating system.

“From a productivity point of view, we make gains from the time you press the power button,” said Colin Jones, head of infrastructure services at the bank. “Pilot users have reported that start-up times have been massively reduced.”

The bank’s branch staff - many of whom share PC’s - also stand to benefit from the multi-session feature within Windows 8 once the SOE is rolled out to the branch network, starting from September.

At present, only one customer service agent in Bankwest branches can log-in to any given PC at a time. Under the Windows 8 SOE, one user can interrupt another’s session by logging in over the top and - crucially - the original session remains active for when the first user wants to use it again.

The rebuilt SOE offers Bankwest the chance to drop several bolt-on solutions that had prolonged the life of the XP SOE.

Bankwest will also reduce license fees for software that was used to connect colleagues immediately to the corporate Wi-Fi network as soon as they unplugged from a fixed network connection. This feature will be native to Windows 8.

“We get the benefits of simplification but also of cost-saving - in that we no longer have to pay for licenses where those features are part of the operating system,” Jones said.

Bankwest CTO Nick Lewins told iTnews the bank would have moved to a new OS quicker, but first worked in lockstep with both application and peripheral vendors to ensure the new SOE would suit BankWest's investment in Activity-Based Working.

Staff at Bankwest Place (photo gallery) connect via USB docks located across the building, which instantly recognise the user's preferences and route calls to the adjacent desk phone.

Most application remediation work was complete and there was “less than feared”, Jones said, with only a handful of Windows desktop applications causing any headaches. The transition was aided by a previous project to upgrade IE6 applications to IE8 - aiding the migration under Windows 8 to IE10.

Bankwest will also be upgrading to Office 2013 under the new SOE and aspires to eventually replace its messaging and collaboration applications.

But Jones cautioned that other IT projects with the potential to directly impact revenue would be prioritised over any email migration.