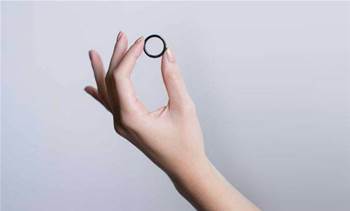 Call it a gimmick, a toy, or wearable money: Bankwest reckons its Halo payments ring is here to stay for the foreseeable future, after customers sporting the accessory used it for more than a quarter of the transactions they chalked-up over the last year.

Less than a week after finally turning on Apple Pay for customers, the Commonwealth Bank subsidiary rang-in the first year of the finger-fitted payments device’s life by declaring the experiment a success in getting past the checkout faster at busy times.

It’s understood there’s around 15,000 of the accoutrements now in circulation, enough for Bankwest to start pulling some reasonable data on consumer behaviour.

To be fair Halo was always envisaged as a test of how consumers would embrace a payments wearable, especially whether its utility would allow it to carve out a niche in an already crowded product ecosystem.

So far, so good reckons Bankwest.

It seems that while customers don’t hesitate making mobile payments when on the move, they are increasingly glued to their handset screens. What’s seems to be coming into focus is that many people would just as soon let payments terminals speak to the hand than drop whatever they’re looking at.

“In 2018 those customers with both a Bankwest Debit Mastercard and a Bankwest Halo ring used the ring for more than a quarter (28%) of all their purchases,” Bankwest said in a statement, adding that that number rose to38 percent over the Christmas shopping period.

The logic behind that kind of behaviour suggests that we’re a fundamentally lazy bunch: while the smartphone might well be replacing physical wallets, it boils down to lifting, swiping or tapping our fingers as little as possible to access a payment.

Bankwest executive general manager, customer solutions and insights, Pieter Vorster, reckons Australians aren’t afraid to try new things, even if it takes a little while to become accustomed to the gadget.

“When the ring first arrives in the post it seems, perhaps understandably, the customer is a little wary and will test the waters by buying a few low-value items at first,” Vorster said.

“But, after a few days, they’re getting used to it and the value of the transactions they make go up and soon it becomes their main method of paying at the till,” he said.

Coupled with the 88 per cent increase in logins to Bankwest’s mobile app over the last three years, Vorster reckons this “clearly shows how Australians are adapting to today’s digital landscape with some of the highest adoption rates in the developed world.”

But just whose payments product sits behind a given tap isn’t going unchallenged by any means.

While global schemes like Mastercard and Visa have fought for around a decade to make tap and NFC payments synonymous with their brands, domestic rivals like eftpos are challenging that incumbency by pushing campaigns like lowest cost routing that decides which payments rails transactions ride on.

Although the CBA’s (and Bankwest’s by extension) activation of Apple Pay defaults to Mastercard products, marquee Visa bank ANZ last week added eftpos functionality to Apple Pay just before CBA cut over, leaving some CBA customers asking why they didn’t have the same choice.

It’s not all smiles and Champagne behind the addition of Apple Pay to banks either. It’s understood Apple essentially takes all of the interchange revenue issuing banks would otherwise make on scheme card payments which is no small beer and has previously been estimated to be worth at least $2 billion a year for banks.

Like other banks, the CBA opposes an option floated by the productivity commission to do away with interchange fees altogether.