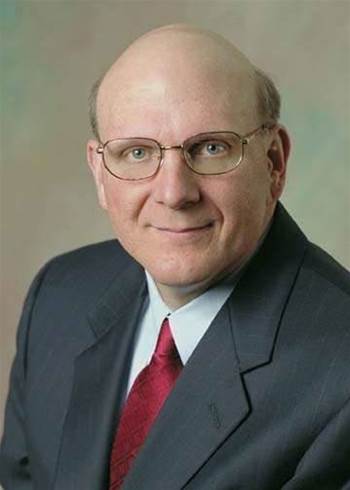 Microsoft chief executive Steve Ballmer has been describing his close relationship with chairman Bill Gates, suggesting that they are more like brothers or a married couple than co-workers.

Ballmer was in the UK as part of a gruelling European tour describing Microsoft's move from selling packaged software to concentrating on software-as-a-service and web advertising.

During an interview with The Daily Telegraph he was questioned about his relationship with Gates.

"Partners, spouses, whatever, we participated together in giving birth to this amazing thing called Microsoft. We always work well together. We do not always agree, but we always work through our disagreements," he said.

"That is why I say there is a certain husband-wife, brothers thing, where you have an ability to agree, resolve issues, a fundamental respect, admiration, good feeling.

"All that lets you make one plus one equal three in terms of getting the best from two people."

Ballmer expects software-as-a-service revenues to exceed shrink-wrapped sales within five to 10 years, and acknowledged that the increase in virtualisation would have a significant effect on Microsoft's server business.

He described Microsoft's traditional software business as the "older children " in the company, and that online services and devices are the two youngest children and would grow the fastest.

"We have these two young kids. They are four or five, they are really at a formative stage, and they are building their muscles," he said. "That is where we are in online and devices. I love all four of our kids, I really do."

Ballmer said that he was hanging onto his stake in Microsoft, estimated to be nine per cent, and would continue to work hard at the company as he had a personality that "does not lend itself very well to pure rest and relaxation".

Got a news tip for our journalists? Share it with us anonymously here.
Copyright ©v3.co.uk
Tags:
ballmerdescribesgatesrelationshiptraining & developmentwith