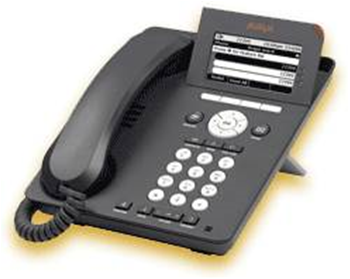 Telecoms vendor Avaya has unveiled several new additions to its range of unified communications devices, including a hybrid telephone/PC that gives users access to applications and the web through a large colour touch-screen.

The firm has also updated its range of one-X desk phones to include new low-power devices, wireless-to-cellular mobile integration with DiVitas Networks, and a USB stick that enables users to customise a compatible desk phone with their own settings and preferences.

"Employee productively can largely depend on their experience with the communications device at hand," said Michael Frendo, vice president and general manager of unified communications at Avaya.

"An enterprise-class, software-driven device provides the flexibility to meet current and changing roles, tasks, locations etc, and take on a broader function within the communications spectrum."

Similar in design to a smartphone, the new 9670G desk phone is the world's first media phone for enterprises, according to Avaya. It combines a large colour touch-screen and high-quality speakerphone to allow users to navigate through web pages as well as access people, information and tools.

The phone also boasts a full Qwerty keyboard and a range of built-in applications such as maps, weather and a calculator, with the option of downloading more.

The 9620L desk phone, meanwhile, is aimed at businesses wanting to reduce energy costs and improve their green credentials, and boasts an average power consumption of 2.2 watts, designating it as a Power-over-Ethernet Class 1 phone.

Calls are sent and received via the Avaya communications network, which provides mid-call management, presence availability, access to corporate directories and visual voicemail.

The system is currently available for Symbian or Windows Mobile dual-mode handsets, and integration with the Avaya Modular Messaging server is included at no additional charge.

Last on the list of Avaya's refreshed product range is the MyPhone USB Drive, which stores the owner's identity, associated features and preferences. The drive can quickly convert a compatible phone into the user's own device, complete with their own normal extension number, even while in a remote location such as a hotel, conference room or visitor's office.

Got a news tip for our journalists? Share it with us anonymously here.
Copyright ©v3.co.uk
Tags:
avayacommunicationsdeskhardwaremobilephonerange