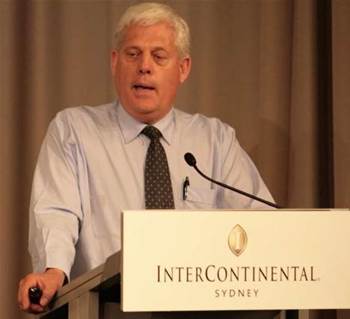 One of Australia's most respected security professionals has warned that the Federal Government project to give citizens access to an electronic health record will lead to rampant fraud and privacy abuses.

"E-Health worries me significantly," he told the conference, after explaining that his not-for-profit organisation is usually employed as the fire brigade to "put out the flames" after a breach incident.

The Health Minister has assured that PCEHR records will be secure from attack. But if such records are available at any time from any device over the public Internet, Ingram doubts it is possible.

"I am saying they are lying to us," he said.

"You can secure the back-end systems, absolutely.. what they haven't realised is that if you allow insecure endpoints to connect to that system, it's no longer secure."

Ingram told the audience that he doesn't understand why Australians need 'any time, any device' access to records.

Ingram suggests the PCEHR system be accessible to citizens at secured terminals, installed at healthcare facilities, Medicare offices, or other institutions where access can be logged and controlled.

Ingram noted that the Government believes that "if the banks can do [online transactions], we can do it."

"But banks and eHealth records are two separate problems," he said.

In an interview following his presentation (see below), Ingram noted that privacy breaches and health insurance fraud, concerning as they are, might be collateral damage in criminal schemes to gain access to pharmaceutical grade drugs.

"I think it will be disastrous," he said.