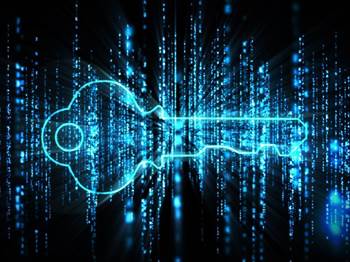 DFAT signs on to Paris Call for cyber stability.

The Department of Foreign Affairs and Trade (DFAT) has said it “is pleased to endorse” international movements for a stable cyber environment free from state interference - a position which appears to put it at odds with some provisions of the government's Assistance and Access Bill.

iTnews reported last month that three Australian representatives, including cyber ambassador Tobias Feakin, attended a meeting of the Global Commission on the Stability of Cyberspace (GCSC).

While Australia’s contributions to the meeting are unclear, the meeting saw the adoption of new “norms” for cyber conduct that included not altering products or services. The Assistance and Access Bill would give the government the power to "require a provider to build a new capability that will enable them to give assistance to ASIO and ‘interception agencies’."

The Bill would also force providers to turn over PINs and passwords. Numerous stakeholders have warned the Bill's provisions would introduce weak points for potential intruders to target.

DFAT has since confirmed to iTnews that, while it only supports the GCSC’s thought leadership in cyber policy as opposed to the actual norms it presented, Australia “reaffirms its commitment to act in accordance with the 11 norms of responsible state behaviour in cyberspace, as articulated in the 2015 UN Group of Governmental Experts Report.”

The list of UN norms include passages similar to those from the GCSC and includes a statement that “States should take reasonable steps to ensure the integrity of the supply chain so that end users can have confidence in the security of ICT products. States should seek to prevent the proliferation of malicious ICT tools and techniques and the use of harmful hidden functions.”

Another 2015 UN cyber norm also calls for states to “limit and possibly eliminate” any such potential threats to IT systems and IT-dependent infrastructure.

DFAT did, however, endorse a separate cyber camaraderie initiative from the French government a week after the GCSC meeting.

“Australia is pleased to endorse the Paris Call for Trust and Stability in Cyberspace,” the spokesperson said.

The Paris Call has the support of the GCSC, of which France is a founding member, and similarly calls for the improvement of “the security of digital products and services as well as everybody’s ‘cyber hygiene’”.

It also calls for internet accessibility and integrity to be protected.

“Our support for the Paris Call aligns with Australia’s commitment to promote a peaceful and stable online environment, as set out in our world leading International Cyber Engagement Strategy,” the spokesperson said.

The US is the only Five Eyes nation not to support the Paris Call [pdf], however a large number of America’s biggest tech companies including Microsoft, Oracle, Cisco and Facebook have put their names behind the call.

Even the Optus Cyber Security Hub at Macquarie University features on the list of supporters for the Paris Call.

DFAT has indicated it will continue to work towards its international obligations in ensuring the stability of cyberspace are met, even as the government pushes for the Assistance and Access Bill to be passed as quickly as possible.