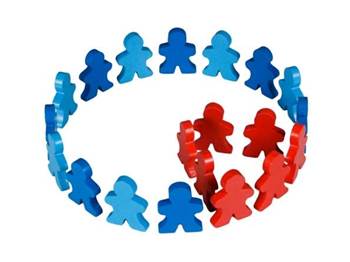 Citizens filling in the 2011 census are to be asked the same question about internet use asked in 2001 and 2006 - despite the growing visibility of broadband as a political issue.

At the first of a series of roadshow events to promote the 2011 census (scheduled to start August 9 next year), Australian Bureau of Statistics (ABS) officials confirmed that respondents will again be asked only whether they have Internet access and whether it is dial-up or broadband.

No questions would be asked on the take-up of wireless and mobile broadband, let alone the small number of Australians connecting to fibre networks.

The ABS would consider a revision to the questions in the 2016 census. But it aimed to minimise changes between censuses to ensure long-term data comparability.

No questions were changing in the 2011 form, though some new data items will be derived from existing information.

In the 2006 census, 63 percent of Australians said they had Internet access. Broadband availability was much higher amongst urban respondents, with 42 percent compared to 24 percent in regional areas.

The ABS hoped that one in four Australians would use the eCensus option to submit the form electronically, which would be a major increase on the 8.4 percent that completed the census online in 2006.

In "dress rehearsal" events to test census systems, 30 percent of respondents had used the electronic option.

Respondents who chose the eCensus option would be supplied with a unique response number, but won't be given a physical census form.

A promotional campaign will emphasise that data online does not actually have to be submitted on census night, a step the ABS hopes will ensure the IBM-supplied systems are not overwhelmed by a large number of logins.

Tony Marion, director of infrastructure at the ABS told iTnews last month that 2011 would be the last eCensus to be outsourced to IBM.

He said the bureau planned to bring processing of the eCensus back in-house to be crunched by its virtualised server farm, with a potential to burst onto other third partiy clusters if required.

The eCensus system would remain open for a month following the census, the 16th such national study to take place in Australia since Federation.