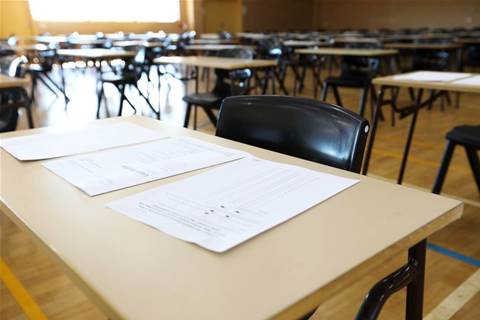 Amid surge in online contract cheating.

Australian universities have seen a significant uptick in cases of contract cheating as students spend more time solely online, despite the recent introduction of new laws aimed at curbing the practice.

Despite the increasing use of digital means to counter cheating, including AI-powered remote invigilation platforms for online exams, students are still using services that do the work for them.

Associate dean of education at UNSW, Cath Ellis, told iTnews that the higher education sector has taken significant steps such as partnering with plagiarism detection software developer Turnitin in the wake of the MyMaster 'essay mill' scandal of 2015.

Part of the problem is that “creativity is rarely 100 percent original,” she said, and in creative assignments it can be hard to spot instances of plagiarism.

Coding assignments were especially difficult to analyse for plagiarism due to their blend of creativity and the formulaic construction of code, which led to programming classes becoming among the first to record instances of contract cheating, she said.

Ellis has been working with Turnitin to develop an ‘Investigator Dashboard’ that uses the company’s software to analyse assignments and provide actionable insights if a marker suspects plagiarism but might otherwise not have enough evidence to argue a case of academic misconduct.

The bill makes it an offence to provide, arrange, or advertise academic cheating services and gives the Tertiary Education Quality and Standards Agency (TEQSA) the ability to apply to internet service providers and other carriage services on behalf of the Commonwealth to block access to contract cheating sites.

Ellis said that in the past few weeks, the bill has already been used to block popular services like EssayShark, which is used to source assignments.

Turnitin’s chief product and marketing officer, Valerie Schreiner, who joined the call with Ellis from the US, was able to confirm that EssayShark was still accessible from overseas.

Schreiner said tools like legislation are important in the fight against these kinds of services, but that identifying contract cheating is still a difficult task.

Ellis added that, in some instances, students may not even know they’re veering into contract cheating territory.

Contract cheating services have developed their own digital capabilities to blur the lines between reputable online study aids that partner with universities and services that offer “unacceptable assistance,” she said.

“A really good example of that would be Studiosity; a university could buy a subscription to a service like that that is reputable and that offers students assistance with editing with writing with proofreading and so forth.

“And then there could be another organisation that is completely disreputable that looks to be selling students exactly the same service but it's disreputable and treads over a line where it then starts to do the work for the students on their behalf rather than helping them develop skills of their own.

“Looking at them at face value, they're really similar and they even look very similar.”

As a general guide, Ellis recommends that if students don’t have to use their university student ID number to access a service, they should be wary of its legitimacy.

By using tools such as the Investigator Dashboard, Ellis said educators can remain focused on designing assessments to demonstrate students’ learning, rather than catching or preventing cheaters.