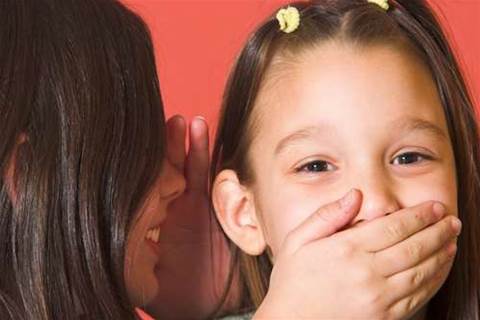 The requests covered a total of 3081 user accounts across all major Microsoft online services such as Hotmail, MSN, Skydrive, Xbox Live, and Office 365.

It makes Australia the seventh most frequent requester of Microsoft user information in 2012.

The United States, Britain and Turkey issued the most requests, followed by France and Germany.

Although 84.9 per cent of the requests resulted in disclosure of subscriber and online services transactional data, Microsoft states that in no case were Australian law enforcers able to see user content.

The numbers for Skype, which are reported separately by Microsoft, show that Australian officials filed 195 requests for user data, covering 424 accounts.

Again, no content was disclosed by Microsoft which did not say how it would do so, should it comply with a request.

Microsoft's general counsel and legal & corporate affairs executive vice president Brad Smith points out that only 1588 requests or a mere 2.1 percent of the total resulted in the disclosure of customer content.

Most of the content disclosure was in response to court warrants from the United States, Smith said.

However, 14 disclosures of content were made to government agencies in Brazil, Ireland, Canada and New Zealand.

Microsoft said only 11 requests were made for details of its enterprise users.

It complied with some, though Smith noted "that law enforcement requests for information from an enterprise customer are best directed to that customer rather than a tech company that happens to host that customer's data."

He said seven of the 11 requests were rejected or "successfully redirected" on that policy basis.

"in the four instances where we disclosed some enterprise customer information, we either obtained the customer's consent before complying, or we disclosed the information pursuant to a specific contractual arrangement to process such requests on behalf of the customer," Smith said.

Google's latest transparency report published in January this year revealed a sharp increase in requests for user data and details from Australian authorities, and the search giant complied with these fully or partially in two-thirds of cases.