Australian Catholic University expands its use of TechnologyOne 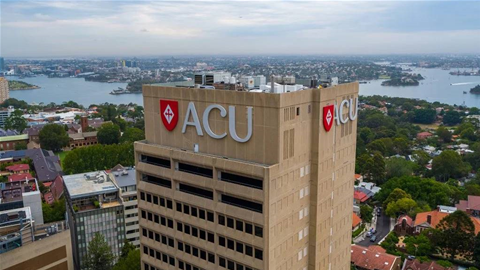 The Australian Catholic University (ACU) has renewed its relationship with Australian software-as-a-service provider TechnologyOne, signing on for another six years and expanding the scope of services it consumes.

Under the new agreement, the university will have access to all solutions under the OneEducation suite as needed, including the new Asset Lifecycle Management (ALM) suite.

Currently the university tracks its mix of owned and leased assets in another system, the university’s chief financial officer Scott Jenkins told iTnews.

“With nine campuses in Australia and Rome, we have a significant capital works program and asset management is complex,” he said.

“Utilising TechnologyOne’s SaaS based project portfolio management (PPM) tools will allow us to reduce manual processes, reduce time to delivery and have access to real-time information.

“Similarly, TechnologyOne’s business analytics tools will allow us to better manage and improve our financial operations.”

The university also plans to introduce business process automation (BPA) into manual processes to ease the burden of repetitive work on staff, allowing them to focus on more complex tasks that will help ACU weather a projected $126 million downturn in revenue over the next three years.

Jenkins said staff reimbursement forms are one of the processes slated for automation in the near-term.

“That’s generally a manual process at the moment with an offline reimbursement form," he said.

Despite a year still remaining on ACU's initial contract, the university struck a new deal to access an expanded tool set to tackle the financial difficulties imposed by the global health crisis.

Being so far out from the renewal of its contract, ACU opted not to do an in-depth review of other providers in the market because there was still scope to further develop its capabilities with TechnologyOne.

“We had a very clear [image] in our mind of what we wanted out of the relationship with TechnologyOne, and having only implemented the system four years ago we were in a good position to understand how to get more efficiency out of the software assurance and get additional reporting through the system," Jenkins said.

“One of the main areas that I was very conscious of - and looking to work with TechnologyOne on - was on software assurance.

“We went through a process of identifying all of the software that we thought we would want now and also what we may want in the future to incorporate into our new licensing arrangement.”