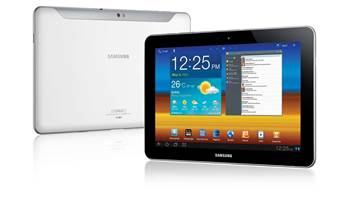 Addressing a Defence Watch update on the CIO Group, the First Assistant Secretary of Defence’s ICT Reform program Clive Lines said there is "huge demand in Defence for tablets".

“They are much easier to work with than paper and clipboards and retyping later," Lines said.

"We know the Air Force is also eyeing them as a more productive way to access documentation, computer based training or training videos."

Phase one of the project will be used to determine the effectiveness of tablets as an aid for instructors and assessors, whose acceptance will be a key success indicator.

At least one additional trial phase is planned.

Lines said that, if successful, the trials could lead to full tablet rollouts across Defence.

He said that tablets could be used in future to send video from recruits to family members as they departed or arrived at different places, "making Mum or Dad happy".

They could also streamline defence administration by providing a single interface through which records could be accessed, potentially eliminating the need for fixed infrastructures to support multuple devices and displays.