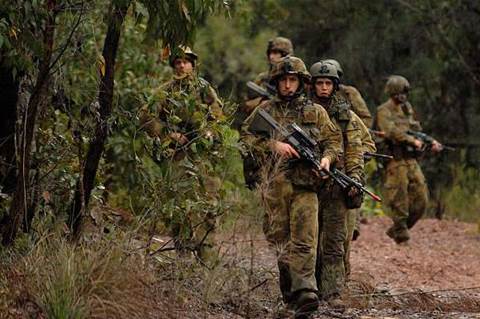 The prototype is the initial focus of a command, control, and communications process optimisation initiative that is exploring how emerging technologies can be used for future operations.

It is hoped that automating speech-to-text transcription and making transcripts searchable will improve situational awareness, while freeing soldiers to perform more important tasks.

The prototype solution, which has been built in the Army Land Network Integration Centre's Azure environment, uses native cognitive services for transcription and natural language processing.

After performing automated speech-to-text transcription, the solution identifies “key message parameters such as the sender and recipient” and “extracts meaning from the transcription”.

AI is then used to “interpret and to search communications in order to infer insight about the battle with an end-user presentation layer through Power BI”, Microsoft said in a blog post.

All design, test and validation work for the prototype was performed with the Army’s 3rd Brigade, which is based out of Townsville, Queensland.

Microsoft also said that “significant customisation” had been required to ingest, clean and filter audio signals due to the “nuances of radio telephony communications”.

He added that this cutting-edge technology would create a “decision advantage” for the Army, giving it an “edge” in the future.

The prototype has been delivered by a team comprised of personnel from both Microsoft and Army’s Robotic and Autonomous Systems Implementation Coordination Office (RICO).

RICO explores the opportunities presented by autonomous systems on behalf of Army Headquarters by conducing experimentation and concept demonstration.

It was formed as part of the Future Land Warfare Branch following the release of Army’s robotics and autonomous systems strategy in January 2019.