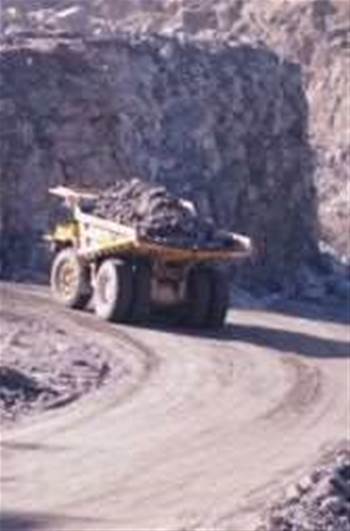 Australia's government has urged companies to tighten vigilance over cyber attacks launched offshore against some of the world's biggest resource firms and other businesses, warning high-tech threats were intensifying.

"There is no doubt that cyber-security threats are becoming worse," McClelland told Reuters on the sidelines of a cyber security conference in Canberra.

"Without talking about specific incidents, there have been a number of reports concerning our resource companies," McClelland said.

Outgoing Woodside chief executive Don Voelte told a business conference in Perth on Friday that cyber attacks were a major concern in resource powerhouse Australia, and were not just coming from energy hungry China.

McClelland said he would not comment on Voelte's assessment of where the attacks were coming from, which came just weeks after the attorney-general and Communications Minister Stephen Conroy met with chief executives from 20 big resource companies, banks and manufacturers to discuss the rising cyber threat.

"We don't comment on the source of those (attacks). It is often literally hard to identify. They are often re-routed through other countries and other providers," McClelland said.

"We think it is better to deal with the threat, to address the vulnerability. It may well be that there is a private corporation involved, that the issue can be addressed without prejudicing their business relations, or their reputation."

Last month's meeting was believed to involve Anglo-Australian miner BHP Billiton, as well as rival Rio Tinto, Woodside and other resource firms, as well as the country's four major banks.

"People should not assume that it is any particular company (involved), because quite often espionage will be conducted through a customer or a supplier," McClelland said.

The DSD collects foreign signals intelligence and guards against foreign IT threats. It has close ties to the U.S. government's National Security Agency, or NSA, as well as the UK's Government Communications Headquarters, or GCHQ.

Resource demand from Asia continues to power Australia's economy, with data this month showing a 31 percent increase on the record set last October for mining capital investment, with 94 advanced projects collectively worth A$173.5 billion.

Mining is also driving the local sharemarket, with mining shares up 37.2 percent from a year ago and the country's Small Resources index soaring by 25.9 percent. In March, resource share trading hit A$53.4 billion, up 37.2 percent on a year ago.