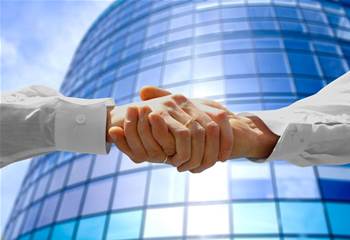 ACTA win for the copyright lobby.

Trade representatives from Australia and other participants of the Anti-Counterfeiting Trade Agreement will meet in Japan on Saturday to sign the controversial agreement.

The signing ceremony will be attended by ministers from all participants following the conclusion of the final round of discussions in Tokyo last October and a subsequent meeting this April to complete technical and translation work.

Nations that have completed domestic processes “will sign the agreement”, Japan’s Ministry of Foreign Affairs said Tuesday in a statement.

Australia’s involvement in the process has been led by the Department of Foreign Affairs and Trade (DFAT), IP Australia and the Attorney General's Department since the talks commenced in 2007.

DFAT published the final draft of the agreement last December. Despite concerns it could radically alter the legal landscape for internet users and ISPs, Trade Minister Craig Emersen said at the time that Australia would not be required to change domestic laws to implement the agreement.

The agreement, which some feared could clear the way for harsh three strikes anti-piracy laws,  will be open for signature until 1 May 2013.

Opponents of the treaty were still dissatisfied with the secrecy that shrouded the talks.

“Although the final version of the Agreement was an improvement from earlier versions, we continue to believe that the process by which it was reached was extremely flawed,” Gigi B. Sohn, president and co-founder of Public Knowledge said on Tuesday, referring to the US' involvement in the agreement.

"ACTA should have been considered a treaty, and subject to public Senate debate and ratification or, in the alternative, debated in an open and transparent international forum such as the World Intellectual Property Organization (WIPO).”

Greens Senator Scott Ludlam had previously expressed concern the agreement could trigger a "massive influx of applications for injunctions" against ISPs over the actions of their subscribers.

However these concerns appeared to have been addressed in a previous draft of the treaty.