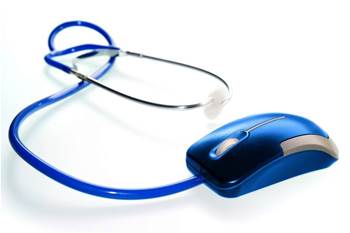 Australia has been crowned the fastest-growing market for electronic health record systems amid the Federal Government’s $628 million PCEHR scheme.

Analyst firm Frost & Sullivan this week pegged the Australian healthcare IT market at $783 million in 2012, expecting it to grow to $1.4 billion by 2018.

The market was expected to grow 10.3 percent a year in that period, including software and applications as well as professional services for implementation and support.

Australian demand for electronic health record systems was expected to grow 15.1 percent in the six years to 2019, ahead of a 10.6 percent growth rate in the wider Asia Pacific region.

According to Frost & Sullivan, e-health records were used in 66.1 percent of Australian hospital and ambulatory systems in 2012.

“However, challenges around interoperability and lack of technical skills among medical professionals hinder market development.

“Governments looking to fund the implementation of these solutions must balance their grants between new investments as well as maintenance and upgrades.”

The uptake of PCEHRs by Australians has lagged behind government targets to date.

Although the Government hoped to attract 500,000 citizens to the scheme by June this year, only 109,000 registered in the first nine months.

Chris Stevens, chief technology officer or PCEHR software supplier Orion Health, said this week there were 108,000 PCEHRs as of April, with the scheme attracting about 1000 registrations a day.

He expected uptake of e-health systems to grow as younger, more technologically savvy doctors rose to more senior positions, but noted that the PCEHR scheme was unlikely to attract all citizens.

“The target should never be 22 million Australians; it really should be people who get value out of it,” he said, highlighting people with chronic health conditions as those with most to gain.

Updated on 2 May: This article originally quoted Chris Stevens saying there were 180,000 PCEHRs as of April. Orion Health has since indicated that it should have been 108,000. iTnews apologises for the error.