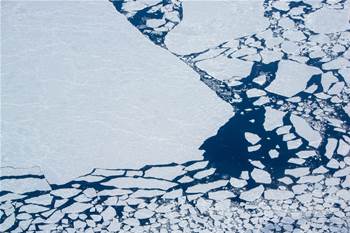 Scoping to begin later this year.

The Australian Antarctice Division will develop a digital twin of Antarctica.

The AAD says the project will support its scientific and geopolitical interests in the Southern Ocean, amid increasing competition in the region.

In February, the federal government pledged $804.4 million towards a range of initiatives aimed at strengthening the country’s Antarctica program over the next decade.

Environment minister Susan Ley described the investment as necessary to keep the Antarctic and the Southern Ocean “free from conflict” in the “face of increasing pressures”.

Not on the list, however, was the digital twin of Antarctica, which AAD assistant secretary Kim Ellis told senate estimates had also recieved funding.

A digital twin – or integrated digital East Antarctica (IDEA) – was a key recommendation of last year’s O’Kane review of the AAD’s science branch.

“Recent advances in data science, autonomous vehicles, sensors and big robotics... mean that Australia could build a digital twin of East Antarctica including its oceanic component,” the review said.

“This would allow highly productive research across all Australia’s claim, research that is relatively low cost, high impact and high coverage compared to on-ground Antarctic research.

AAD accepted all of the review’s recommendations.

As the name suggests, the digital twin is expected to become a “globally authoritative digital model of East Antarctic”, accessible by all Australian Antarctic Program (AAP) participants.

It will include historic and future data from the AAP, including from research and supply vessel RSV Nuyina, as well as international data from Scientific Committee on Antarctic Research programs.

An AAD spokesperson told iTnews funding would be used to “commence the design work require to develop a digital twin for Antarctica” and hire an additional three data scientists, though declined to reveal how much.

The AAD is currently recruiting a program lead to begin scoping IDEA with AAP partners, including the Bureau of Meteorology, CSIRO, Geosicence Australia and the University of Tasmania.

AAD is yet to put a detailed business case for the digital twin to the Department of Agriculture, Water and the Environment.

“A detailed business case for development and maintenance of IDEA will be considered in due course,” the spokesperson added.