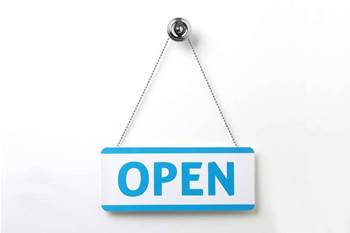 The Attorney-General's office has refused to elaborate on a report that Australia has decided against joining an international effort to make governments more transparent and accountable.

A spokesman for the Attorney-General's office did not respond directly to questions posed by iTnews on why Australia had declined membership of the Open Government Partnership initiative.

When asked by iTnews whether the Government had "passed" on membership and why, the Attorney-General's spokesman responded that it was "not true to say that the Australian Government is 'not interested' in joining the Open Government Partnership."

Neither iTnews nor Open and Shut suggested disinterest by the Federal Government.

"The Government is considering and consulting on the initiative," the spokesman said, citing a meeting attended by the Department of Foreign Affairs and Trade in July last year.

The spokesman appeared to question the worthiness of Australian participation.

"Australia is one of the most transparent democracies in the world," the spokesman said.

Questions directed to the Department of Foreign Affairs and Trade were referred to the Attorney-General's department.

Many of the partnership's declarations appear to align with the Government’s commitment to open government.

The partnership commits to increasing efforts “to systematically collect and publish data on government spending and performance for essential public services and activities”.

Member countries are expected to provide “high-value information”, including raw data, in a timely manner, in formats that the public can easily locate, understand and use, and in formats that facilitate reuse.

They must provide access to “effective remedies” when information or the corresponding records are improperly withheld, including through effective oversight of the recourse process.

They must also promote open standards for civil society access to public data rate highly, as well the interoperability of government information systems.

The partnership places a premium on “new technologies” for information sharing, public participation, and collaboration.

“We commit to developing accessible and secure online spaces as platforms for delivering services, engaging the public, and sharing information and ideas.”

OGP commits a country to engaging non-government groups and the business community to identify effective practices and innovative approaches for leveraging new technologies to empower people and promote transparency in government.

Delegates from 53 countries will come together in Brazil for the partnership's 2012 annual meeting next month.

Since September, OGP has welcomed the commitment of 43 additional governments to join the Partnership.

OGP describes itself as a new multilateral initiative that aims to secure “concrete commitments” from governments to promote transparency, empower citizens, fight corruption, and harness new technologies to strengthen governance.

To become a member of OGP, participating countries must embrace a high-level Open Government Declaration; deliver a country action plan developed with public consultation; and commit to independent reporting on their progress going forward.