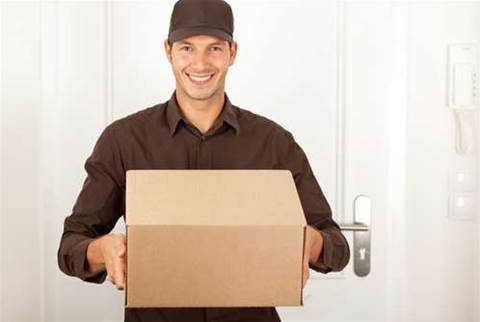 Strives to keep from being a ‘burden to the taxpayer’.

"The digital revolution itself," said Australia Post managing director and CEO, Ahmed Fahour, "is the worst enemy of our business."

Speaking at an Australia-Israel Chamber of Commerce lunch, Fahour described the first months of Australia Post's five-year restructure, expected to align it with the nation's falling postal demand.

The so-called "Future Ready" strategy was announced in April and has already delivered a popular iPhone and iPad application and an integrated "click and send" service with eBay.

"e-Services was set up by us to say, 'How can we participate in the digital economy; how can we offer these services that we're so used to delivering physically, digitally'," Fahour said.

The following Monday, Australia Post unveiled an iPhone and iPad application that allowed users to track postal items, search for postcodes and post offices, and pay bills from their devices.

Fahour described plans to leverage the organisation's trusted brand to become a service provider in the financial sector, allowing Australians to pay bills online and in Australia Post branches.

"The reality is, we are in the financial services sector," he said. "We are a trusted intermediary between citizens, institutions ... all we want is a small fee; just a tiny cut."

Both Fahour and Australia Post chairman David Mortimer said the organisation was under time pressure to remain relevant so it would not become a burden to the taxpayer.

"We have the clock ticking against us in our core business ... to ensure that our cost structure is aligned with the reality of our business," Fahour said.

Meanwhile, according to Mortimer, technologies like the National Broadband Network were spurring on the government-owned organisation's need to innovate.

"The letter-writing habit for Australians is dropping off," Mortimer said. "Our task is to restructure the organisation so our fixed structure is more aligned with the volume of mail."

While he flagged room for growth in parcel and "sophisticated hand-delivery" services like some in the U.S., Mortimer said the organisation had to become a "genuine player in the digital economy".

"We need to bring on board new capabilities to reach customers," he said. "If we don't innovate, we will fall behind and become a burden to the taxpayer."