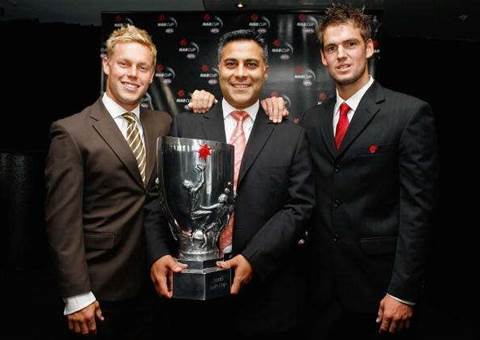 Though the company served some five billion letters and parcels over the past year, its traditional core business had become unprofitable, delivering a $90 million loss to Australia Post.

The company’s $332 million profit - up 31 percent on the previous year - was largely a result of “other commercial activities”.

Letters had, in the past decade, come to represent just one percent of total written communications, Fahour said, and would decline by 40 percent by 2020.

He told members of the Committee for Economic Development of Australia on Wednesday that Australia Post would be required to reinvigorate its parcels business in the face of growing consumer interest in e-commerce.

Parcel deliveries had grown 10.9 percent in the past year and the company expected continued annual growth of 12.5 percent for the next five years, providing $1 billion in additional revenue for the company.

Some 70 percent of parcel deliveries are “generated by a mouse click”, Fahour said.

“It was great that we were able to stabilise Australia Post’s financial position... but the results really underlined the fact that we now have a two-speed business,” he said.

“While the Internet is the worst enemy of our letters business ... the growth of online shopping means that the Internet has become the best friend of our parcels business.

“At Australia Post, our future depends on our ability to decisively and effectively capture the opportunities of the digital economy,” he said.

The company had garnered some success to date in its increasing focus on the digital economy, with its smartphone app and website becoming the two most popular options for customer interaction.

Both had contributed to a 30 percent increase in customer contact with the company over the year, while the app had garnered 500,000 downloads since launch.

“We know – without doubt – that our customers want to engage and transact with us digitally,” Fahour said.

“[But] we can’t just assume that our customers will continue to use our services. To win our share, we know that we have to adapt our parcel delivery services to suit the busy lifestyle of modern Australians.”

The company would seek to improve its e-commerce business with lockers, revamped retail stores and an express international services to the US and New Zealand, aimed at supporting Australia web-based retailers.

The refocus was on ensuring the “communications business is self-sustaining”.

Fahour pointed to recent hires and internal promotions at Australia Post as part of his strategy to improve e-commerce, as outside counsel would “challenge” ingrained monopolistic behaviour in the letters and parcels business.

“The reality is I never want the word ‘snail mail’ used ever again in relation to mail, let alone ‘snail executives’,” he said.

Those appointments include former Optus government and corporate affairs director Maha Krishnapillai, who will enter a newly-created role next year running telco products and services for the company.

He told CommsDay last month the position would be a “pure commercial role... [to] explore the potential for Australia Post in communications products”.

A spokesman for the Senator refused to comment on the issue, saying staffing and employment “are entirely a matter for Australia Post”.