Australia gets its first astronomer-at-large 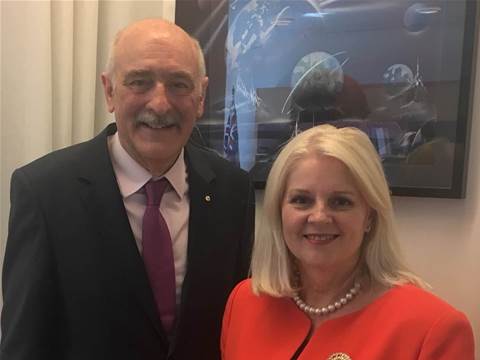 To spruik all things space.

Australia’s internal and external relationships in the arenas of astronomy and astrophysics are set to receive a boost with the appointment of an inaugural astronomer-at-large.

Professor Fred Watson’s new role will entail spruiking Australia’s strengths in the study of celestial objects to ensure local interest in the field and access to international resources.

Watson’s career in astronomy has largely focused in developing and applying new technologies to gather information on objects flying through space.

The announcement was made on Monday by the new minister for Industry, Science and Technology Karen Andrews, who said Watson’s expertise as a science communicator will help “promote the spectacular discoveries of this fascinating area of science”.

“Professor Watson has made an enormous contribution over a long career to science and
science communication. It is tremendous to have such an experienced and high-profile
Australian astronomer in this role.

“It is an important position and an exciting time for astronomy in Australia. From the Square Kilometre Array to the new Australia – European Southern Observatory (ESO) partnership, there are huge opportunities for Australian astronomy.”

“Australian astronomers can now use the 8-metre telescopes at ESO’s La Silla and Paranal Observatories in the northern Andes of Chile, which are among the world’s best sites for optical astronomy.

This is on top of Australia’s already formidable domestic capabilities, which are set to be augmented by the developments at the Australian Space Agency.