Australia gets an industry body for IoT 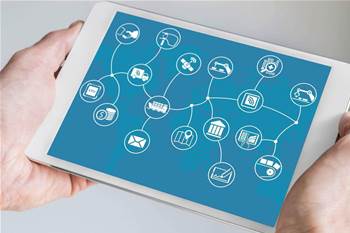 Government, tech giants, telcos on board.

Australian government agencies, telcos, and some of the world's biggest tech companies have banded together to form an industry group aimed at furthering development of the internet of things.

Around 25 organisations have been named to the executive council for the new not-for-profit Internet of Things Alliance Australia (IoTAA). The alliance says it has more than 200 experts and 100 organisations on board.

The concept originated in a think tank run by industry group the Communications Alliance last year that looked at what would need to be done to ensure Australia was reaping benefits from the internet of things.

The group will be managed out of the Broadway campus of the University of Technology, Sydney.

Its work at the moment is split into six streams: spectrum availability and management, network resilience, industry verticals, data sharing and privacy, and fostering IoT start-ups.

Shadow Communications Minister Jason Clare launched the alliance tonight, and said Australia needed to "get its skates on" so it doesn't get left behind.

"A lot of countries are already ahead of us when it comes to IoT. If we don't turn this around we will miss out on a lot of new jobs, more investment and new businesses," Clare said in a statement.

The Communications Alliance picked out autonomous vehicles, smart buildings, and smart water management as areas where the internet of things could have a potentially significant impact.

"Complemented by the looming power of 5G technology, IoT seems certain to transform sectors and economies by revolutionising industry methods and supply chains, unleashing analytical power undreamt of until now, and enhancing our ability to predict and control the future," the Communications Alliance said in a statement.