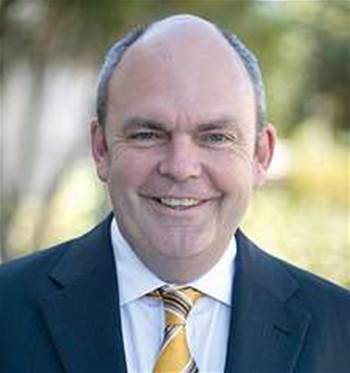 Government to take over Novopay.

Australian IT vendor Talent2 has pulled out of the New Zealand school system’s NZ$56.8 million (A$51.1 million) payroll fiasco, forking out up to NZ$22 million to hand responsibility back to the Government.

The NZ minister in charge of the Novopay system, Steven Joyce, today confirmed that Talent2 was "not prepared to provide the extra resources that are necessary for further development of the system within the contractual arrangements”.

After failing to properly pay many of the country’s 90,000 teachers and education staff from September 2012, Novopay proved that ERP disasters with significant financial consequences are not exclusive to Australia (as seen in the NT and Queensland).

A 2013 inquiry into Novopay found the protracted nine-year overhaul of the country’s biggest payroll solution was marred from the beginning by optimism bias, poor governance and an unhealthy relationship between the government and vendor.

It recommended that NZ revise the terms of its deal with Talent2.

Joyce today said the government would establish a dedicated state-owned company to take over the ongoing operation and remediation of the system.

“A key recommendation of last year’s ministerial inquiry into Novopay was the need for the Ministry to re-examine the school payroll service delivery model and to re-negotiate the contract with Talent2 to resolve outstanding contractual and service issues.

“That has now been done,” he said.

Both parties insist the decision was made with mutual agreement.

As part of the hand-over package, Talent2 will also give NZ a discounted rate on licensing and support of the Alesco software Novopay has been built on, which is expected to cost the government NZ$9.6 million for the next six years. It will also relinquish IP over all customisations made to the system to date.

The handover will formally take place on 17 October 2014.

Joyce reassured Novopay workers that current service levels and staffing would be maintained throughout the transition "with the full support of Talent2”.

He said all Talent2 staff currently working on the system would be offered roles within the new government organisation on equivalent or better terms than they currently enjoy.

In a statement the company said the move “settles a flawed contractual arrangement between the parties”.

“This change allows Talent2 to better focus resources and investment on its core payroll business and broader New Zealand client base.

“Talent2 is committed to ensuring that current service levels are maintained and that the transition is a smooth process for its staff, the sector and the Ministry."

Joyce conceded that there was more work to be done stabilising the payroll system, particularly a simplification of the 80 different allowances for teachers, 99 for principals and 14 different collective agreements that it must contend with.

“I’ve been pleased to note that the payroll has remained within the 0.5 percent acceptable steady state error rate over the past 15 months for all but the three ‘start of year’ payroll cycles at the beginning of this year," he said.

"However, further changes are required to the system and the service model to make the system easier to operate for school administrators.

"On top of that, keeping the system performing at its current level under the current operating model has remained very expensive for both taxpayers and the payroll provider."