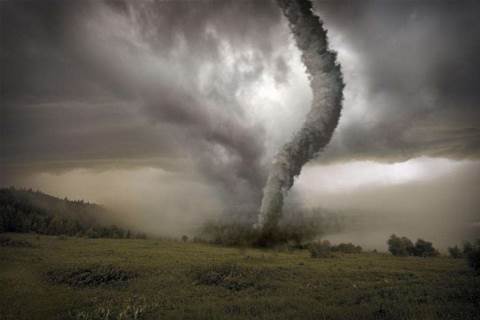 Insuring against data loss is a "mathematical game".

Over 40 percent of small to medium businesses in Australia and New Zealand do not have disaster recovery plans in place, Symantec has found.

Local respondents reported experiencing an average of four outages per year. These were caused by power outages, natural disasters, malicious activity, employee accidents, and IT upgrades.

Symantec's regional SMB director, Steve Martin, said Australian businesses tended to brush off the risk of disasters, with 18 percent claiming that disaster preparedness was "not a priority".

Martin acknowledged that disaster recovery - like insurance - was a "mathematical game" involving cost and risk estimates that varied according to the business.

But while risks were "difficult to quantify", he urged business owners to consider the possibility of an outage and how it would affect daily operations.

"The biggest problem in Australia is we tend to take the 'she'll be right' attitude," he said, noting that 55 percent of local respondents had implemented their disaster recovery plans only after experiencing a failure.

"There is no doubt we've had some big weather patterns [in Australia]," he said. "All of these things are having a very visible impact on IT systems and businesses.

"The most important [business asset] is data, not technology. There's no point paying for insurance for your IT systems unless your data is fully protected."

The survey involved businesses with between five and 499 employees. Martin noted that costs could vary greatly, highlighting differences between the IT needs of a neighbourhood cafe and digital publishing house.

Based on survey findings, Symantec reported that the median cost of downtime for an SMB was US$32,800 ($32,500) a day in Australia and New Zealand - much higher than the global median of US$12,500 owing to the maturity of the local market.

Last month, a study of 3,000 IT workers by the US Ponemon Institute found Australian SMBs falling behind international counterparts when it came to Director support for disaster recovery systems.

"Support from the boardroom, which is where IT budgets are won and lost, is evidently a foundational requirement for IT managers to have confidence in their backup and [disaster recovery] operations," the report's authors wrote.

"The study also shows that businesses with the highest executive-level support also suffer the least in terms of downtime in the event of a serious incident."