Aussie enterprises jump on Alexa as bot lands down under 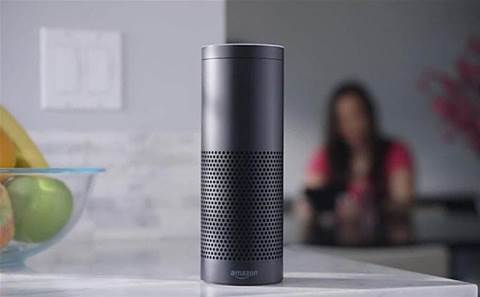 Australian enterprises have leapt on top of Amazon's Alexa voice assistant, debuting new offerings for services as the platform lands in the country.

Amazon today announced Alexa and its three voice-controlled speakers - the Echo, Echo Dot, and Echo Plus - would be available in Australia from early February. Pre-orders for the devices opened today.

The digital assistant has been localised for Australia with a local accent and knowledge, Amazon said.

The bot offers assistance for things from playing music, turning off lights, and answering questions, to providing news and weather updates.

The Echo will cost $149 to purchase in Australia. The Echo Dot has been priced at $79 and the Echo Plus will retail for $229.

Amazon is offering limited price discounts on its own website, and the devices will also be available through JB Hi-Fi, Officeworks, Telstra, and Myer early next month.

Alexa debuted on the Amazon Echo in 2014. It is available through the three Amazon speakers as well as other Amazon and third party devices; the company also allows developers to integrate Alexa into their own products.

Third party developers can contribute "skills", or capabilities, to the platform through the Alexa skills kit.

The company said Alexa has access to 10,000 third-party skills in Australia, including booking an Uber, ordering a Domino's pizza, and checking flight details with Qantas.

Following today's announcement of local availability, several Australian enterprises revealed they had developed their own skills for Alexa.

Jobs site Airtasker has built a capability that allows people to post tasks to the site using the voice service. The function is available on all devices enabled with Alexa, it said.

Telco Amaysim said its customers would be able to find their lost phone through Alexa by triggering a call. It has also built two capabilities that allow its customers to check their mobile balance and access data top-up through Alexa.

REA Group launched a news report capability that pulls data from the 1200 articles published on realestate.com.au/news each month to give Alexa users a daily update on the property market.

Energy Australia customers can now check and manage their electricity and gas accounts with Alexa, the company said. Initially the capability is only available for bill status and due date, but will be expanded to include the ability to access how much data a household is using and when.

NAB has hooked Alexa up to its online banking platform to allow users to find out whether they've been paid, how much they owe on their credit card, as well as access their account balance through the voice assistant.

Westpac customers will also be able to access account balances, recent spending history, and reward points status through Alexa, as well as a daily Westpac financial markets update. The bank said functionality will grow "over time" to include more features.