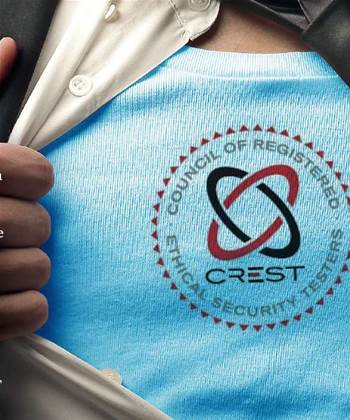 The Council of Registered Security Testers (CREST) could begin certifying web application penetration testers in Australia and New Zealand for the first time by November.

SC Magazine broke news of the formation of the Australian and New Zealand chapters of CREST when it launched in March this year.

Originally formed in Britain, the certification requires testers and penetration testing organisations to pass a number of gruelling penetration exams, paying thousands for the privilege.

In return, CREST chapters on both sides of the Tasman promise to promote certified professionals to the country's largest and wealthiest corporations as the best in the business, able to seek out every nook and cranny that hackers might use to steal sensitive data and cause chaos.

The November timeline for availability of the Web Application Certification Examination track – one of a number available – was aspirational only and formal deadlines are yet to be set, CREST board members told a small gathering at AusCERT 2012.

Australian candidates initially need to attend a lab in Canberra to take the tests. Examinations can be taken later in each capital city via a secure link to Canberra.

Many other aspects of CREST are also not yet set in stone. It was too early, for example, to consider including forensics within CREST (a forensics module exists in the UK model) nor have the groups established a pricing model.

However CREST in Australia and New Zealand would resemble the British model as much as possible under a collective objective to create a "global certification".