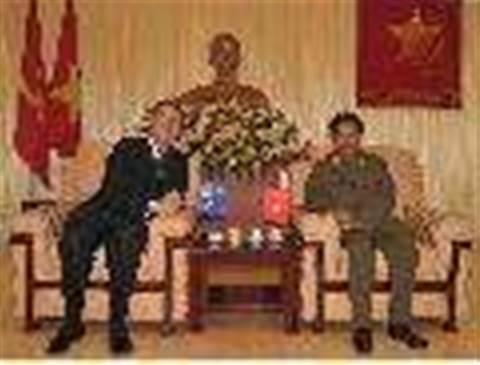 Agreement for the partnership was reached following a recent meeting in Hanoi between Senetas CEO John DuBois and Major General Dr Nguyen Quang Bac, Director-General of the Vietnamese Defence Ministry’s Centre for Military Science and Technology.

Acting as a distributor for Senetas technology, the Ministry’s VISL would oversee security arrangements for other government agencies and would re-sell CypherNet to commercial enterprises, initially in banking and finance sectors.

Under the terms of the MOU, Senetas will partner with VISL to provide training, support, implementation, marketing programs and technology transfer for information security products and services for VISL and its customers.

Senetas will also provide, on a fee for service basis, engineering support and development services to VISL engineers on key projects nominated by VISL. Future research and development collaboration could include a purpose-built encryption platform for the Vietnamese Defence Ministry.

Dubois said the appointment of VISL as its reseller for Vietnam, realised Senetas’ goal to ensure it was represented in emerging market economies.

“Since Vietnam embraced its "Doi Moi" economic reform program in 1986 it has enjoyed consistent growth and with its membership of the World Trade Organisation in November 2006, Vietnam is well positioned to become a significant economy in this region,” he said.

Vietnam has traditionally been an agricultural exporter (fisheries products, tea, coffee, cashew nuts, pepper and it is the world’s second largest rice exporter), but other non-agricultural sectors of the economy have increased, including heavy industry and labour-intensive manufactured goods such as clothing and mining.

Over the past two years its economy has grown at more than 8 percent with one of the region’s lowest unemployment rates.
Got a news tip for our journalists? Share it with us anonymously here.