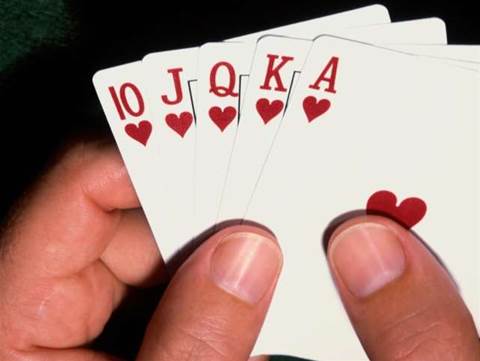 The engagement of Australian consultancy Gaming Associates to investigate an alleged $7 million scandal has raised more questions about the integrity of Absolute Poker and its parent companies.

Gaming Associates was commissioned last month to conduct an audit into a suspected security breach that gave one player full view of the cards held by his opponents.

The audit comes several months after the scam was first uncovered by a group of players on the Two Plus Two online discussion boards. Current investigations have, as yet, failed to placate users of the popular U.S.-based forum.

"This proposed investigation makes us uneasy for a few reasons," said Mason Malmuth of Two Plus Two Publishing. "First, according to its press release, Absolute Poker is funding the investigation directly, with no third party involved to ensure objectivity.

"Finally, Two Plus Two believes that a report from Gaming Associates, an Australian company apparently dealing primarily with Antigua and Barbados companies, may not maintain the same weight and reliability as the international law firm retained by Two Plus Two."

Malmuth responded with a fraud investigation proposal in which Two Plus Two would act as an unbiased, non-profiting arbitrator between Absolute Poker and the investigators. The offer was declined.

"Two Plus Two is essentially the only entity that would be considered unbiased in this matter. So anything done with our name on it would have much credibility," Malmuth told ITnews.com.au.

"We felt this problem was bigger than Absolute and that by doing this investigation it would be good for the whole industry.

"Absolute Poker has now told us that they have no interest in our proposal. So I expect nothing will come from it," he said.

Gaming Associates' audit report is not expected until 7 December. In the meantime, however, the online poker community has been handing out its own version of Citizens' arrests.

Fingers have been pointed at Absolute Poker's co-founder, Scott Tom, and former Operations Director, Alan 'AJ' Green, and punishments range from degradingly edited images, to accusations of drug abuse, and even to what might be perceived as threats to Tom's family.

"Is this Scott's first wife and child," asks one discussion board user. "What's her name? Any previous wives and/or children? Any other weak spots besides father? Mother, siblings, other family members?"

"Does anyone know AJ's educational background," another post reads. "Where did he go to college? What were his majors and/or minors?"

Official statements released by Absolute Poker to its users seem to confirm allegations that an employee had been involved in the alleged security breach.

"Based upon our preliminary findings, it appears that the integrity of our poker system was compromised by a high-ranking trusted consultant employed by AP whose position gave him extraordinary access to certain security systems," writes Joe Norton, owner of Tokwiro Enterprises ENRG, which holds 100 per cent interest in Absolute Poker.

"We consider this security breach to be a horrendous and inexcusable offence," he said.

Absolute Poker is currently in the process of reimbursing players who were affected by the cheating account. It is yet to be seen if the scandal leaves a permanent scar on online poker, which requires a great deal of trust between players, their opponents, and gaming platforms.
Got a news tip for our journalists? Share it with us anonymously here.