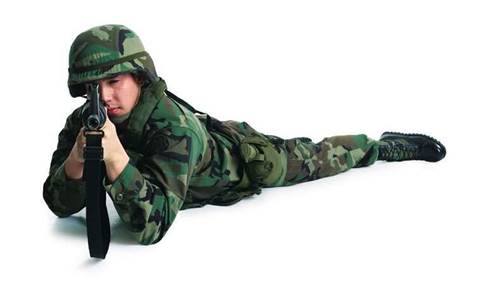 Tech leaders from some of Australia’s biggest businesses have opened up about the difficulties they faced introducing agile methodologies into their organisations' work practices.

Executives from the Commonwealth Bank, Australia Post and News Corp told the Agile Australia Conference on Wednesday how shifting big and burdensome enterprises to such a radically different way of thinking about product delivery invariably comes with headaches - but also valuable lessons.

Commonwealth Bank’s retail and wealth CIO Pete Steel called the institution’s shift to agile a “massive success”, but acknowledged it was a four-year struggle to get where it is today. Currently, about 1000 staff are working on 144 projects using agile methodologies.

“It hasn't been without some significant speed bumps and we are forecasting some stormy waters ahead as we take this to the next frontier,” he said.

“A lot of people struggled with the change in the way they work, the rhythm and the the accountability shift.

“Then there was the disempowerment of senior leaders at head office who think they know best [when it comes to decision making], rather than making those decisions where they are truly best placed, down on the floor in the scrum”.

He said CBA was still struggling to get the funding model right for iterative projects, despite having its CFO as an agile advocate.

“Once the [minimum viable product] is out we don’t necessarily leave enough money to pivot and iterate well,” he said. “So that is a continual challenge”.

Australia Post has also adopted agile in a big way. Its digital chief Cameron Gough told the audience there were now 250 staff working in 15 agile teams across his digital segment.

AusPost’s agile journey started three to four years ago with the establishment of the digital delivery centre.

“I'd love to say we had a three year plan and flawlessly executed against it then celebrated at the end - but that would be a lie,” he said.

“We made many mistakes along the way but I am sort of glad that we didn't have a big plan because we would have missed a whole lot of learnings”.

He said the first wake-up call came at the end of his team’s first successful agile-delivered product, a post office locator app. He said the project went fine but didn’t teach the organisation anything about agile methodology, and proved that the real aim should have been “creating the culture and environment in which agile can prosper”.

He said AusPost still struggles with the recruitment challenge.

“Trying to find a dev ops engineer is so frickin' hard,” he said, recounting one eye-opening job interview with a potential hire.

“My team said they realised in the first ten minutes they were the ones being interviewed. At least 90 percent of the questions were to them, to understand the environment. At the end the candidate said he is still talking to REA and would test their workplace out a bit further before making his decision.

Over at News Corp, agile’s beginnings in the IT team were ill-fated, according to group director of digital products Alisa Bowen.

“This is an approach that started in our technology organisation where, quite frankly, it failed," she said.

“It was then picked up by our product planning organisation together with engineering and that is where we actually started to see the benefits materialise. Now that is spreading into our enterprise tech group, our sales organisation and our marketing organisation."

She said News Corp was “very very early” in its transition to agile but was already starting to reap some benefits.