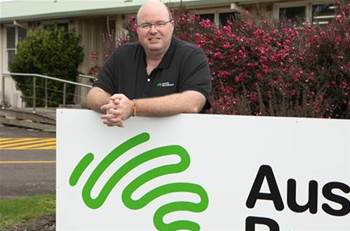 Aussie Broadband is in exclusive talks to buy Brisbane-based telecommunications and IT solutions provider Over The Wire.

The telco confirmed in an ASX release on Friday morning that discussions “regarding a possible combination” were underway after a report in The Australian.

But it stressed that “the discussions are preliminary and incomplete, and no agreement has been reached in relation to any transaction”.

“There is no guarantee that any agreement will be reached or that a transaction will eventuate,” the telco said minutes after Over The Wire went into a trading halt.

In a separate release later on Friday, Over The Wire advised the market it received an "unsolicited, non-binding indicative offer" on October 14 before entering a process deed.

It said Aussie Broadband had offered $5.75 per share by way of a scheme of arrangement. The company's shares last traded for $5.

"The proposed scheme consideration is $5.75 in value per OTW share, with the mix of cash and scrip consideration to be determined," the ASX release said.

Aussie Broadband will now "undertake due diligence and negotiate transaction documentation over a period ending on 30 November 2021".

Discussions between the two companies come after managing director Phillip Britt revealed in August that the company expected to make “at least one acquisition” by the end of 2021.

Aussie Broadband has since sought to raise about $120 million in capital to fund acquisitions and technology development.

Over The Wire has seen strong growth over the last financial year, with revenues climbing 29 percent to $112.7 million, as reported by iTnews sister publication CRN Australia.

The ASX-listed company acquired Zintel, Fonebox and Digital Sense during this period, which it said would provide “a strong platform to lock in a variety of new recurring revenue streams”.

Former chief executive Scott Smith resigned from Over The Wire in August after just over a year in the role and left at the end of September.

Updated at 4:32pm to include information from Over The Wire ASX release.