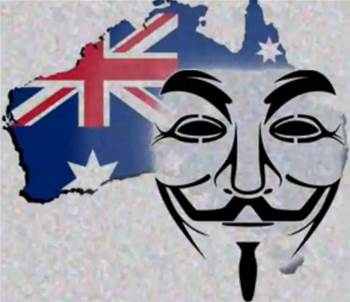 An Australian member of hacktivist collective Anonymous has received a three-year sentence for attempting to hack government and private company servers.

The hacker, believed to be Justin Michael Soyke - known as Juzzy and Absantos online - was arrested in a police raid in early 2014 and charged with several counts of unauthorised access and modification to computer data.

A spokesperson for the Commonwealth Director of Public Prosecutions (CDDP) confirmed to iTnews that the 19 year old "hacked or attempted to hack into 15 national and foreign government servers, as we as four private company servers", as first reported by DataBreaches.net.

The hacker uploaded unspecified "exploit programs" to some of the private servers. In doing so, he gained system and website administrator privileges, CDDP said.

On one hijacked system, he gained access to a private database and obtained private information about the internet protocol address and mobile phone model of "a colleague who accessed the site," according to the CDDP.

Forty-seven other unspecified government servers were attacked by the hacker, who was unable to gain access as they were either protected by firewalls or not vulnerable to the Heartbleed bug.

According to the CDDP, the "offender was not operating as an isolated individual and communicated online with other hackers during parts of the offending".

He was sentenced on October 15 on 21 charges of computer hacking and has to serve 12 months in prison before being released on a three-year recognisance, the CDDP said.