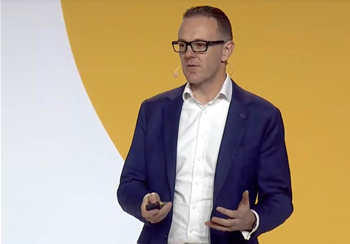 Australia Post is using Google cloud services to make “next best” delivery suggestions to its drivers and posties, and to help read poorly-handwritten addresses.

Chief information officer John Cox told the Google Cloud Summit in Sydney that Google cloud is being used to drive “operational efficiency” and to improve customers’ experience of postal services.

In April, Cox revealed that Australia Post was using Google cloud-based analytics as part of a solution designed to provide real-time visibility into its sorting facilities, potentially allowing blockages to be identified faster.

But that is just the tip of Google’s expanding reach into Australia Post’s operations.

Cox said today that a $300 million investment in its parcel processing capabilities - announced in July last year - involved some investments into Google services and products.

“Customers previously weren't that fussed about when their mail was going to be delivered and tracking it. However, from a parcel perspective, there's [now] a significantly increased demand to know where things are,” Cox said.

“One of the things that we've been doing is increasing instrumentation to be able to understand where parcels are [in the end-to-end delivery chain].

“We spent about $300 million in the last 12 months, increasing automation and scanning, as well as putting in place scanners using the Android platform.

“We've just rolled out about 35,000 of them. For the first time in our company's history, we've got a single platform that all of our frontline staff are using.”

Combined with telematics systems used by drivers and posties, Australia Post had seen a “huge [in]flow of data” that it using Google cloud platform to make sense of.

“What we're doing with all that [data] is feeding it into the Google Cloud analytics platform,” Cox said.

“We actually have been on the journey for about 12 months with Google, but it took us 11 weeks to get it in place from when we when we decided we were going to do it, to when we actually went live.”

Cox said that customers benefited from the analytics in having better track-and-trace capabilities when waiting for parcels of goods purchased via e-commerce.

“As a consequence, we're able to see things like whether a parcel should have been put on a vehicle so that the driver in the facility is getting real-time, next best suggestions, so that we actually are more likely to deliver the parcel on time,” Cox said.

“There's a lot of people with really bad handwriting,” he said.

“We've just used a new beta API, which has seen a 35 percent increase in the ability to read all the mess that all of you guys are creating for us that you call handwriting.”

“We've got a few ideas for GCP - particularly want to use it for voice interaction using Dialogflow,” he said.

However, Cox noted that Australia Post was still unsure of just how far it might be able to stretch its use of Google cloud APIs.

“There's so many things that we're still experimenting with and expanding as we start to understand what our customers really want, and we’re using this to drive [further] insight,” he said.