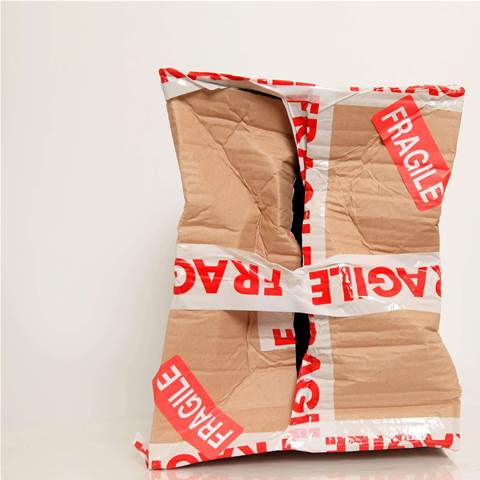 Australia Post says it is not threatened by a newly-announced partnership between eBay and Woolworths which will allow online shoppers to pick up online purchases from their closest supermarket.

The match-up, announced yesterday, means online consumers in Sydney and Tasmania can have their parcels sent to one of 90 Woolworths or Big W outlets to pick up at their own convenience.

eBay said it hopes to have 250 merchants signed up within two months. Woolworths is eyeing off as many as 12,000 participating web retailers in the long run.

The arrangement leverages the ubiquity of Woolworths outlets and their extended opening hours - the retailer claims 91 percent of Australians live within 10 km of a Woolies store.

Coming just a day after news that Australia Post is facing its first full-year loss in its 30 year history as a statutory business, the announcement looked like another blow to the struggling mail operation.

But a spokeswoman for the organisation insisted that the opposite is true.

She told iTnews Australia Post would be "an integral part of the new eBay/Woolworths partnership”.

“We will still pick up the parcels from the different eBay merchants and deliver the articles as addressed to Woolworths collection sites," the spokeswoman said.

“The initiative should drive ecommerce volumes for Australian SMB merchants, which is core to the strategic direction of Australia Post."

The glass-half-full perspective comes despite AusPost’s stated reliance on parcel pick-up traffic to drive revenue from its own retail outlets.

“More and more customers are coming to our door to pick up parcels, and we want to up-sell and cross-sell based on that,” she said.

With rapidly declining mail numbers paired with an expanding delivery geography undermining its business model, Australia Post is looking for all new revenue streams it can find in its present situation.

He repeated calls on the Government to loosen regulations on the mail side of the company that would allow it to implement two-speed mail delivery options and increase the cost of stamps, in part to free up capital so it can compete against newcomers to the parcel delivery market.