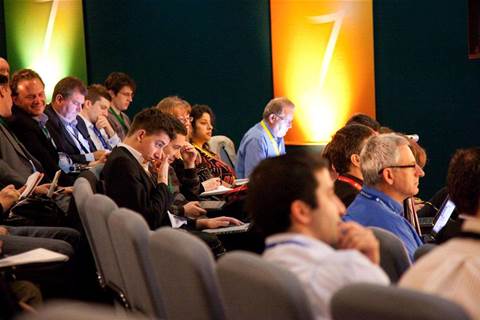 Queensland Police is investigating whether to file charges against IT security expert Christian Heinrich after a presentation leading up to Australian information security conference, AusCERT.

In the "B Sides" presentation, Heinrich showed how he exploited a vulnerability in a Facebook URL to obtain a personal photograph held in a private profile.

Consent to extract the photo was not obtained from the owner of the photograph.

It was extracted through a brute-force attack in which hundreds of thousands of web links were guessed at over the space of a week until the photo was revealed.

Queensland Police - on site at the conference - detained Grubb and seized an Apple iPad used to report the story. Grubb later tweeted that he was "arrested".

Police media said it had no knowledge of a journalist being arrested.

The scraped photos on Grubb's story in The Brisbane Times were later removed.

Heinrich left the conference and took a flight to NSW minutes before the story was published.

He said his flight was booked in January; he had not been contacted by Queensland Police.

The presentation raised questions for law enforcement officials with regards to whether intent was as important as authorisation under the Crimes Act.