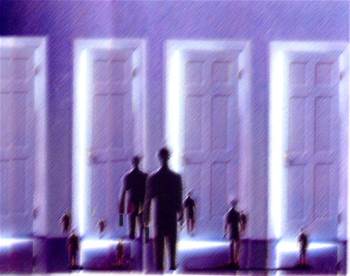 Australian software company Atlassian has halved its recruitment costs in a hiring spree that was driven by word-of-mouth and social media.

Last August, the company announced that it would hire 32 staff by the end of the financial year. It now needs only eight new hires to meet its quota.

Of the 24 new hires since August 2009, 14 were referred by Atlassian employees, and nine had applied directly to the company.

"The increase in the number of applicants has decreased our reliance on recruiters," Luijke said.

"I think recruitment agencies really have to lift their game and realise that organisations are able to do it themselves at a much lower cost," he said.

Lujike attributes the wide reach of the Atlassian 32 campaign to a marketing strategy that involved the entire company, as well as the use of rewards that were likely to be virally discussed.

Already, Atlassian has invested $3m in its recruitment spree, and plans to spend an additional $2m during the next six months.

"We used messages that were likely to be talked about in social media," Luijke said, referring to Atlassian's referral bonuses that ranged from $2,000 to $10,000, and paid holiday offerings for new hires.

Prior to its social media push, Atlassian was averaging one hire per 25 candidates. It is now hiring only one in 125 applicants.

Luijke compared Atlassian's current hiring statistic to that of Google's, which in 2007 was reported to only hire one in 130 applicants.

"We're very diligent about the quality of people we hire," he said. "We're really only trying to hire the best."

Among the 8 remaining job vacancies are positions ranging from support engineers that pay upwards of $60,000 per year to a vice-president of engineering, who Luijke said would have "significant experience in a senior position at a large IT firm".

It is also seeking up to four more recruits for 'supporting roles' and will be inviting applications for its graduate program in a months' time.