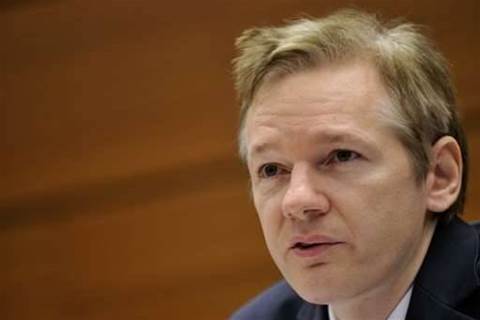 To allow fixes to be developed.

The anti-secrecy group published documents this week describing secret CIA hacking tools and snippets of computer code. It did not publish the full programs that would be needed to actually conduct exploits against phones, computers, and internet-connected televisions.

"So I want to announce that after today, considering what we think is the best way to proceed and hearing these calls from some of the manufacturers, we have decided to work with them to give them some exclusive access to the addition technical details that we have so that the fixes can be developed and pushed out, so people can be secure," Assange said.

US intelligence and law enforcement officials earlier said that contractors likely breached security and handed over the documents to WikiLeaks. Two officials said they believed the published documents about hacking techniques used by the Central Intelligence Agency between 2013 and 2016 were authentic.

Assange said he possessed "a lot more information" about the CIA's cyber arsenal that would be released soon.

WikiLeaks' publication of the documents reignited a debate about whether US intelligence agencies should hoard serious cyber security vulnerabilities rather than share them with the public.

An inter-agency process created under former President Barack Obama called for erring on the side of disclosure.

Two US officials speaking on condition of anonymity said intelligence agencies have been aware since the end of last year of a breach at the CIA, which led to WikiLeaks releasing thousands of pages of information on its website.