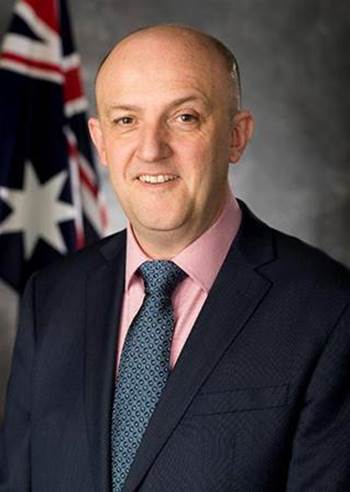 The director-general of the Australian Security Intelligence Organisation, Mike Burgess, used an annual address to warn of a range of online threats, ranging from straight cyber criminality to radicalisation of young people and foreign intelligence service recruitment via social media and dating apps.

Burgess delivered the address from ASIO's headquarters and began by defending the national spy agency's drive for increased transparency.

Greater transparency could lead to increased trust, Burgess said, and help the spy agency in its own recruitment efforts.

Australia's threat landscape was complicated by the Covid-19 pandemic which has meant more people are going online and are working from home.

This, Burgess said, had created a downside with thousands of Australians who have access to sensitive information being targeted by spies using social media profiles with job offers and similar tactics in order to recruit for foreign intelligence services.

Without revealing how, Burgess also said that ASIO is tracking suspicous advances on dating apps such as Tinder, Bumble and Hinge and warned people to be careful on these platforms.

"My message for any potential victims on these sites is a familiar one - if it seems too good to be true, it probably is," Burgess said.

Without naming the nation involved, Burgess said ASIO "recently detected and disrupted a foreign nation interference plot in the lead up to an election in Australia."

The alleged interference involved a wealthy individual with roots in Australia who did the bidding of foreign masters, seeking to influence an unspecified election, with operations backed by hundreds of thousands of dollars in an offshore bank account.

Unwitting election candidates sympathetic to the foreign government in question were targeted by the agent of interference and an employee, according to ASIO's investigation.