Asia storms ahead in fibre-to-the-home 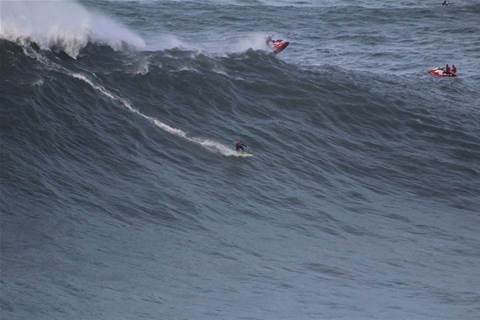 Hong Kong, South Korea and Japan are the world leaders in connecting homes via fibre optics, according to a global ranking of fibre-to-the-home (FTTH) market penetration.

The ranking was issued jointly by the FTTH councils of Asia-Pacific, Europe and North America.

The first official ranking of FTTH deployments in the world's economies found that 21.2 percent of homes in Hong Kong are wired with FTTH, followed by South Korea at 19.6 percent and Japan at 16.3 percent.

Scandinavian countries occupy the next three positions, with Sweden at 7.2 percent, Denmark at 2.9 percent and Norway at 2.5 percent.

Taiwan, Italy, China, The Netherlands and the US round out the top 11 economies, with penetration rates of between 1.4 and one percent.

The three regional FTTH councils joined together to create the ranking to provide the telecoms industry, governments and regulators with a unique snapshot of international fibre access penetration.

Shoichi Hanatani, president of the Asia-Pacific FTTH Council, said: "For the first time we have a tool to monitor the [global] transition from legacy copper loops to powerful new optical fibre access networks."

The ranking follows the unified definition of FTTH announced by the three councils last year which formed the basis for recent market research by each council.

For completeness and accuracy the ranking includes FTTH and fibre-to-the-building. Copper-based broadband access technologies (DSL, FTT-Curb, FTT-Node) are not included.

"By pooling the data from three regional market studies, the information completes a dedicated resource for global telecoms professionals to compare industry research from different regions of the world, and open some eyes to the wider FTTH picture," said Joeri Van Bogaert, president of the FTTH council in Europe.

"This will be useful in monitoring the success of government and regulatory policy in supporting the historical transition to fibre-based broadband."

Joe Savage, president of the FTTH Council in North America, added: "It is now evident which countries are FTTH leaders and which are laggards.

"What is most interesting is how the leading economies in FTTH penetration are also those with clear public policies aimed at promoting deployment of next-generation broadband networks as a matter of strategic national importance. "

The councils will update and reissue the rankings on an annual basis, and work jointly to further refine the research methods to provide more in-depth information.
Got a news tip for our journalists? Share it with us anonymously here.
Copyright ©v3.co.uk
Tags:
ahead asia fibretothehome in storms telco/isp