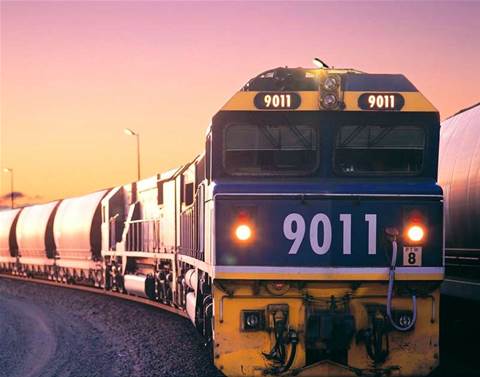 Patrick and Pacific National shared little common ground in IT infrastructure going into IT transformation.

For example, one had a thin client strategy while the other used fat clients; one used Lotus Notes and the other Exchange.

"Even the way that rail and ports operate as a business, they operate differently," McGrath said.

"If you think about it, that's part of the attraction of what Asciano is - two industries that haven't really cooperated in the past but actually should be more cooperative than they are."

Where the two businesses did have common ground was that they were both ripe for transformation.

"What's really unusual here is both of the [sets of] systems were end-of-life and due for a big technology upgrade anyway," McGrath said.

Upon entering the business, McGrath's first step was to perform a control objectives for IT (COBIT) review of the various IT operations that sat under the Asciano umbrella.

"It's just an auditing tool which says what a good IT department should do," McGrath said.

"Like all auditing tools, it tells you what's wrong, but it doesn't tell you how to fix it. But from that baseline I targeted a number of areas which we should actually approach from the strategic and even the operational areas, and how we should fix those."

McGrath outlined his plans to Asciano's executive and board, finding support in the CEO's appetite for innovation through technology investment.

"It's a big call for the board to support that [type of program]," McGrath said.

"[CEO] John [Mullen's] talked about the vision of how he wants this company to work and that he needs technology to do that, and the board actually backed us to do that."

McGrath brought in people he'd worked with in the past to enact some of the required changes.

One thing the COBIT review turned up was that Asciano did not lack in-house capability, according to McGrath.

"Often times I read about people coming in[to a business] and they say, 'Oh, it was in a dreadful mess and the people were hopeless and I had to sack them all', and that sort of thing. This isn't like that," he said.

"There's some really good people here and we actually had an opportunity to join two good [IT] organisations together and we were able to do that.

"When you do that by starting and looking at what your strategic goals are and where the gaps are in your current capabilities are, you end up with a strong result."